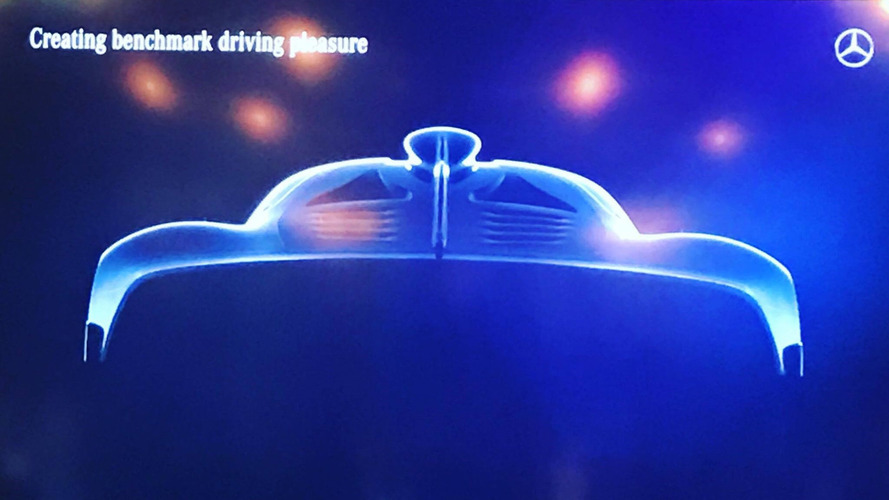 The Formula 1 car for the road is a sight to behold.

Set to play in the same league as the AM-RB 001, Mercedes-AMG’s crown jewel will attempt to be the closest thing to a road-legal F1 car. The folks from Affalterbach first teased their “R50” hypercar towards the end of October 2016 at the Paris Motor Show, and now a new official render has been released at CES in Las Vegas. This time around, it’s showing the derrière of what will be the best of Mercedes and AMG in terms of outright performance.

Those fortunate enough to own such a masterpiece, which will allegedly be capped at just 200-300 units, are going to encounter one major first world problem: poor rear visibility. But that won’t really matter when we know for sure the R50 will hit the magical 1,000-hp mark. The wide hips, roof scoop, and central fin flanked by louvers are all telltale signs we’re dealing with a fully-fledged hypercar.

Bound to feature an adaptation of the W07 Formula 1 car’s turbocharged and hybridized 1.6-liter V6 engine, the R50 has been in development for a while and will soon enter the testing phase. It’s being engineered with a carbon fiber monocoque developed by putting to good use the know-how obtained by the Mercedes AMG Petronas team while working on its championship-winning cars.

The two-seater will allegedly carry a starting pre-tax price of under €2 million ($2.1M), so about €2.4M ($2.5M) after taxes. Despite the exorbitant asking price, it is believed the R50 is off to a strong start from a business perspective, with already lots of interested buyers patiently waiting to sign their names on the dotted line.

It might debut in production guise as early as September at the Frankfurt Motor Show to celebrate half a century of AMG. Meanwhile, chances are additional teasers will be released to create more buzz around what is shaping up to be one of the most exciting road-going cars of all time.