Mitsubishi's new CUV will debut in Geneva, go on sale next year 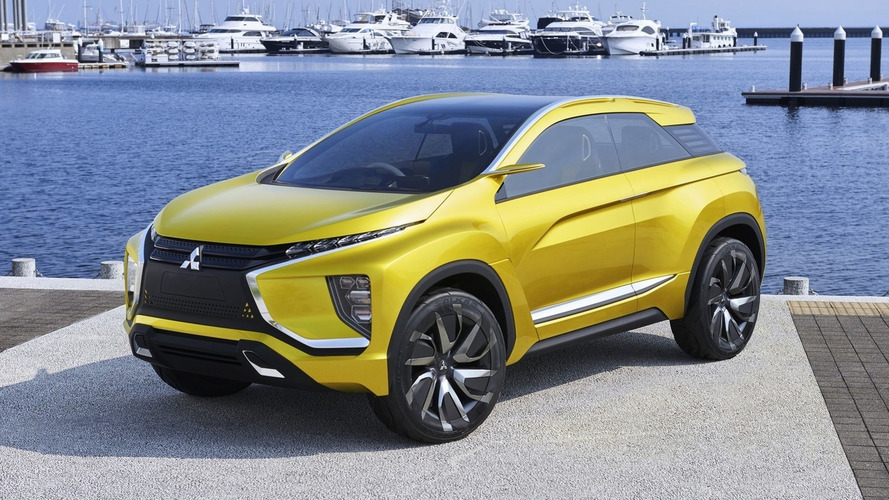 Outlander will grow and Outlander Sport will shrink in order to make room.

Crossovers are vital to a mainstream automaker’s success in the U.S. market. So when a small-volume company like Mitsubishi plans its future, it’s no surprise that the main focus is on CUVs. That’s why we’ll see a brand-new crossover launch in the U.S. early next year, following its global reveal in just a couple of months at the Geneva Motor Show.

Speaking to members of the media in Detroit on Thursday evening, Don Swearingen, executive vice president and chief operating officer of Mitsubishi Motors North America, says this new crossover “will be the best vehicle Mitsubishi has ever produced.” It’ll use a new, turbocharged, four-cylinder engine, will come packed with tons of safety technology, and will eventually add a plug-in hybrid variant later in its lifecycle.

The new crossover, previewed in design by the eX Concept pictured here, will slot between the Outlander and Outlander Sport in Mitsubishi’s lineup. To that end, when both of those vehicles are refreshed for the 2018 model year, we’ll see the Outlander get a little wider and longer, and the Sport will shrink a bit.

Mitsubishi’s sales have been on the rise in recent years, with 2016 marking the company’s fourth consecutive year of growth. What’s more, the company’s U.S. dealers posted their most profitable year since 2002. Mitsubishi’s sales goal for the current fiscal year is to once again crest 100,000 units, and the company is on track to meet that target. And given the fact that the Outlander and Outlander Sport accounted for 65 percent of the brand’s sales in 2016, it stands to reason that adding an additional CUV to the lineup will only help bolster this success in the years to come.