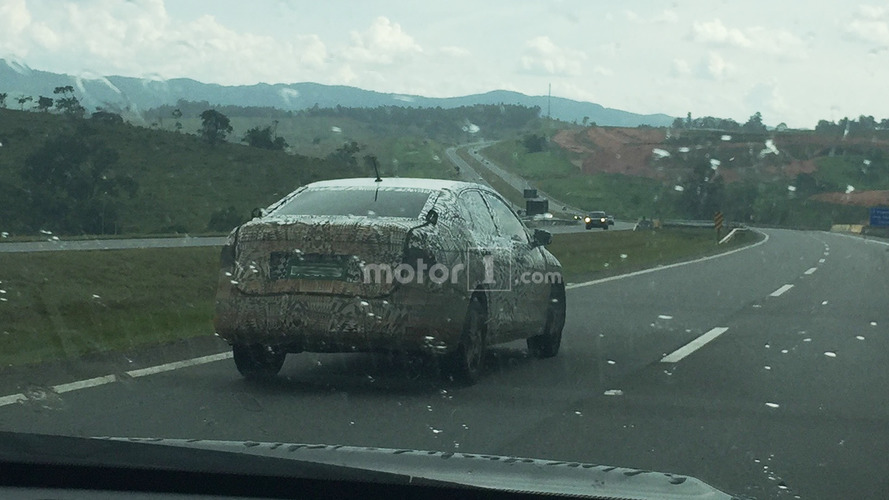 The compact sedan will be part of a new family of models, which will also include a hatch, an SUV, and a pickup.

Mystery uncovered: these are the first spy images of the new 2018 Volkswagen Voyage, which will also become the Polo Sedan in Europe. This is due to the fact that the new VW Gol family will become global, developed along with the Polo line. Four different vehicles will be born from this new project: a hatch, the sedan you see in the attached pictures, an SUV, and a pickup.

These exclusive spy shots taken on a Sao Paulo highway confirm the close relationship between the sedan and the future Polo: the bumpers, headlights, grille, hood, front doors, and windshield all look identical to the parts used on the hatchback prototype caught in Europe. This fact comes in support of preliminary reports on a Gol / Polo joint project, using a simplified version of the MQB platform, called the MQB-A0.

As you can see from the photos, this is a wider platform, with a longer wheelbase than the current Gol PQ24 platform. European sources report that the wheelbase will be 2.56 meters (100 inches), about 10 centimeters (3.93 inches) more than the current car.

With this bigger Voyage, Volkswagen of Brazil will finally have a model to compete with the Chevrolet Cobalt, Nissan Versa, and Toyota Etios Sedan, possibly not even retiring the current Voyage family - it can remain on sale in cheaper 1.0 versions. The new car will occupy the slot of the Chinese VW Santana, which was considered for the Brazilian market as an intermediate model between the current Voyage and the Jetta.

More about the new Polo family:

Compared to the Voyage we know, the new one has a more imposing rear, which resembles the current Polo Sedan more than the sedan version of the Gol. In other words, in addition to offering more interior space, it is also expected that the new three-box will have a larger trunk than the current Voyage, which carries 480 liters. The doors of this camouflaged prototype are rounded in design and, although the camouflage is thick in the C column, there is apparently no side window.

The engine options for the car in Brazil will probably include a 1.0-liter turbocharged unit, while a naturally aspirated version of the same motor will be exclusive for the hatch. The 1.4 TSI is also a possibility for specific versions - a sporty GTI derivative for the hatchback, for example. Customers will be able to choose from a six-speed manual gearbox and an automatic.

The new generation of the European Polo is expected to receive its premiere at the 2017 Geneva Motor Show in March, a fact that has generated rumors for an April debut of its Brazilian twin, the Gol. However, several sources linked to VW have denied this information and insist that the first model of the new family will be launched in Brazil in 2018 - as explained by President David Powels to the press in February 2015.

Aside from the Gol and the Voyage, Volkswagen’s new compact family will include an entirely new SUV and a pickup models. The former will be heavily based on the T-Cross Breeze concept shown at the Sao Paulo Motor Show, but will feature a hard-top, four-door body - as previewed by our exclusive rendering. The German model will be aimed against the Honda HR-V, which currently leads this segment on the Brazilian market.

As for the pickup, it will be a totally new vehicle and not a new generation Saveiro. Sources say it will be bigger than the current Gol pickup, with four doors and roughly the size of the Fiat Toro. 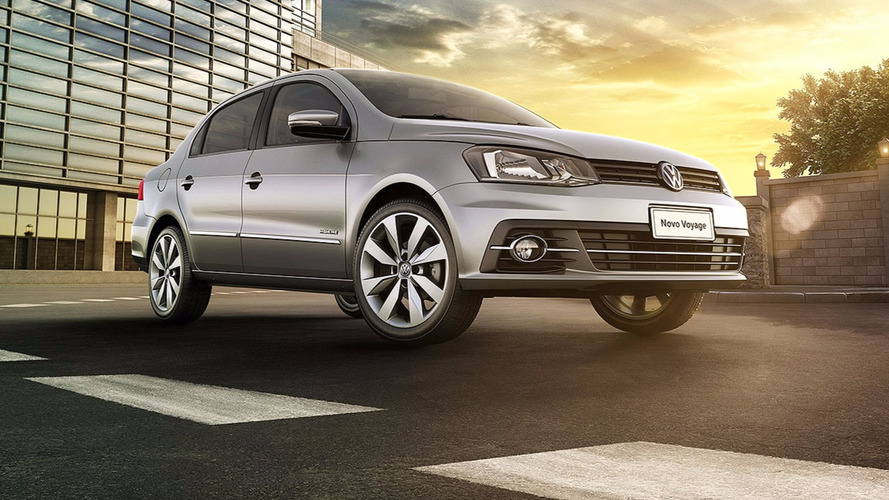