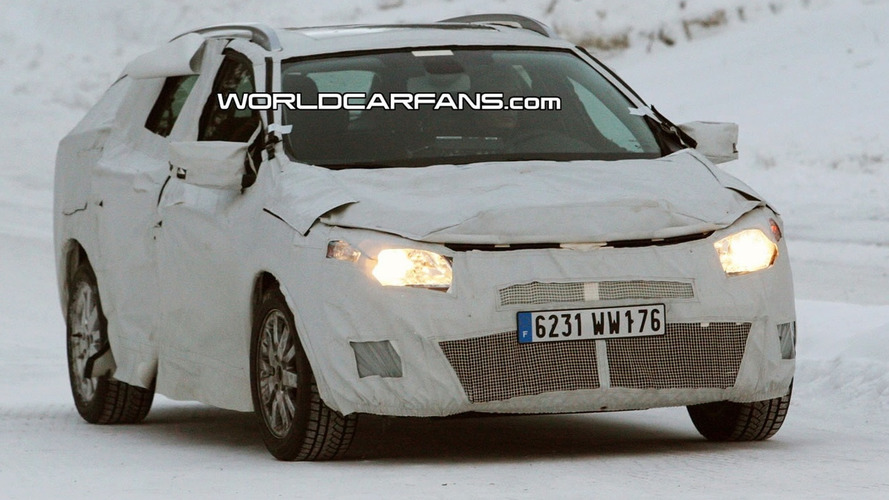 Introducing spy pictures of the new Renault Megane Grand Tour (wagon). The car was caught during winter testing in northern Scandinavia. It appears sportier at the back with possibly more emphasis on performance and fuel efficiency than load capacity.

That's not a cardboard box on wheels you see over there. It's the new Renault Megane Grand Tour which has been spied doing extreme winter testing in the northern Scandinavian region. The Grand Tour is a wagon but Renault chooses to label it Grand Tour.

This will be the third body type of the new Megane after the five-door hatchback and the sporty coupe were revealed. Dimension details are not known yet but the spy shots show a car with sporty intentions as opposed to cargo capacity. It will be lighter too and more fuel efficient than the current vehicle.

Powering the Megane Grand Sport will be a few of the same engines found in the five-door hatch, including the 1.5-litre dCi turbo diesel motor. That particular unit could be the most popular of the range since it's quite torquey, compact as well as fuel efficient. Its C02 emissions are impressively below the 120g/km mark too.