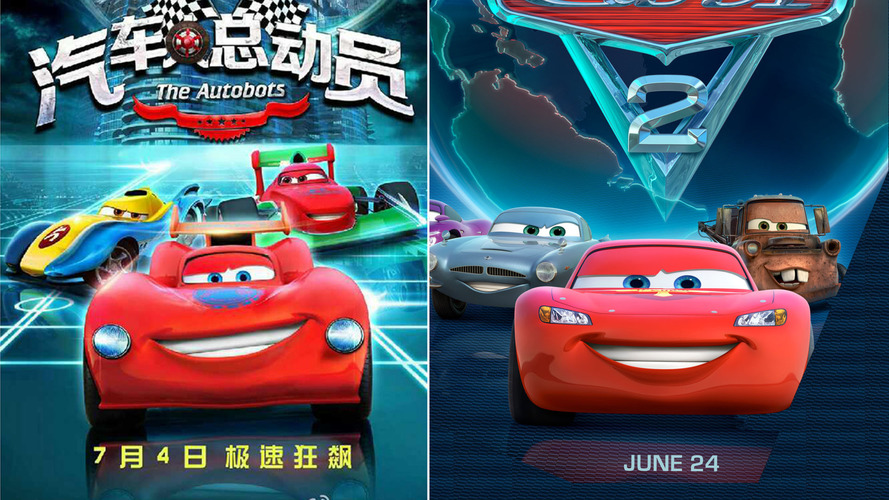 The Autobots doesn't even try to hide its inspiration, and ripps off Transformers with its title, too.

Chinese companies are somewhat infamous for playing fast and loose with copyright laws especially when cribbing from foreign ideas for the domestic audience. However, the Chinese film The Autobots ripped off the Cars franchise so egregiously that the country’s court awarded damages to Disney and Pixar for the violation, according to Variety. The Autobots’ producer and distributor received a fine totaling 1.35 million Renminbi ($194,300 at current rates), and the court ordered the companies end their copyright infringement.

The Autobots came out in July 2015, and the character designs blatantly took from Cars. In fact, the lead vehicle in the film was practically indistinguishable from Cars’ star Lightning McQueen. The two films’ titles are quite similar in Chinese, too, according to Variety. The Autobots made 6 million Renminbi ($864,000).

The director of The Autobots has pledged to appeal the ruling. He claims to have never seen Cars, despite the huge similarities between the two films, according to Variety. Given the English title, the makers of Transformers would seem to have a case against him too because the franchise’s heroes are known as Autobots.

Fans of the Cars franchise don’t have to rely on cheap knockoffs like The Autobots because a new installment in Pixar’s franchise is on the way in 2017. A teaser trailer suggests this could be a huge departure for the series by taking a more serious tone. The plot this time shows Lightning McQueen losing out to a new generation of racers. He turns to a race technician named Cruz Ramirez for training on how to win again. It will premiere in the U.S. on June 16, 2017.

We’ll get more information about Cars 3 at the upcoming North American International Auto Show where Pixar will hold a press conference about the film. There will also be a display on the show floor, including life-sized versions of the vehicles from the film.