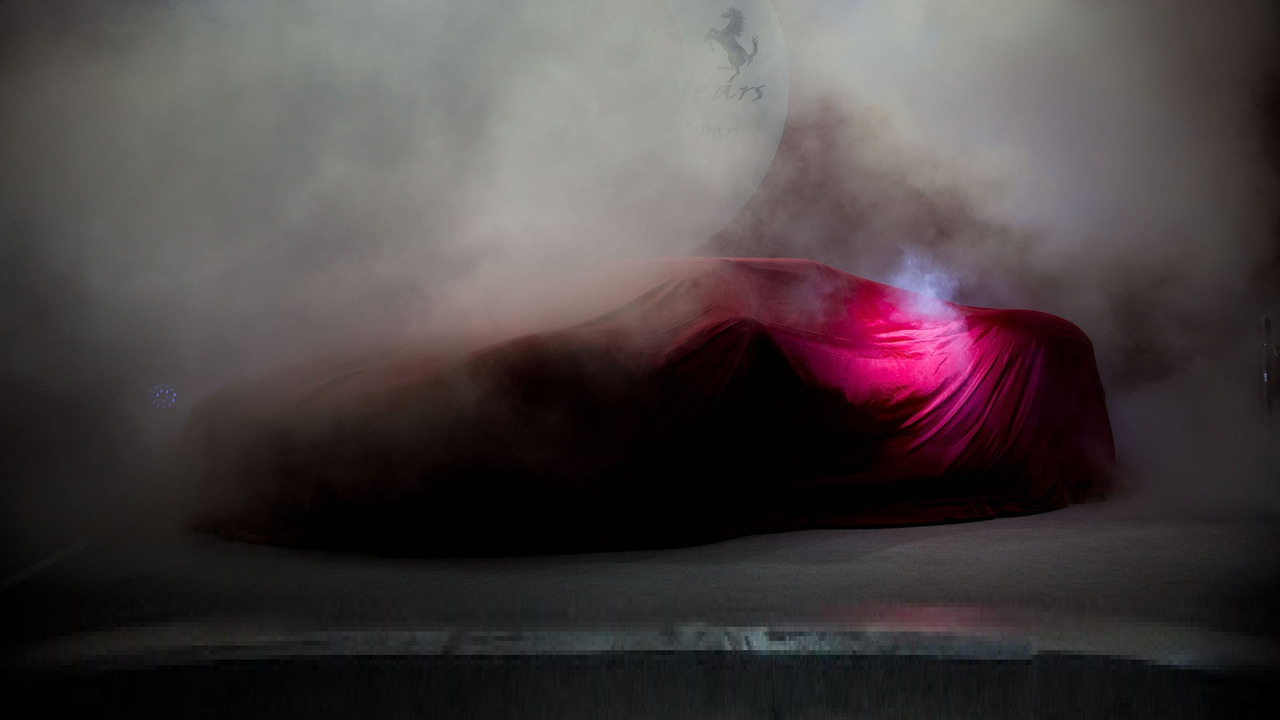 There's a new one-off Ferrari on the horizon, but is it road legal or a track car?

It was less than a month ago when Ferrari took the wraps off the special J50 (pictured above) and now it seems the Maranello-based marque is gearing up to introduce another bespoke car. Details are scarce at the moment of writing, but the car depicted in the images below is certainly not a LaFerrari, nor is it an F12berlinetta/TDF. We also know for sure it’s rocking a V12 engine, but the identity of the model itself remains a mystery.

By the looks of it, the one-off prancing model appears to be a mash-up of a 458 Italia and a 458 Speciale, although some 488 GTB bits might be lurking underneath the wraps. In one of the pictures partially showing the rear end we are able to spot hood latches, so there is a distinct possibility we’re looking at a track-only car. Some members of the Ferrari Chat forums are suggesting it might be a 458-based test mule of the LaFerrari, but right now it’s difficult to pinpoint the car’s origins.

The attached images have been posted on Instagram by Ferrari Chat member Greg23, who so happens to own a few prancing horses in his Ferrari stable.

Hopefully we won’t have to wait much longer to find out what’s hiding underneath that red cover. Whatever it is, surely it will be an interesting car. As a side note, Eric Clapton’s one-off SP12 EC based on the 458 was rumored to get a V12 transplant, but in the end it was unveiled with the same 4.5-liter V8. This one right here appears to provide that magical combo: a V12 squeezed inside the engine bay of a 458/488, unless we’re dealing with something entirely different.

Note: Top image showing the J50 under a red cover is for illustrative purposes only. It’s not in any way related to the car depicted in the Instagram posts.