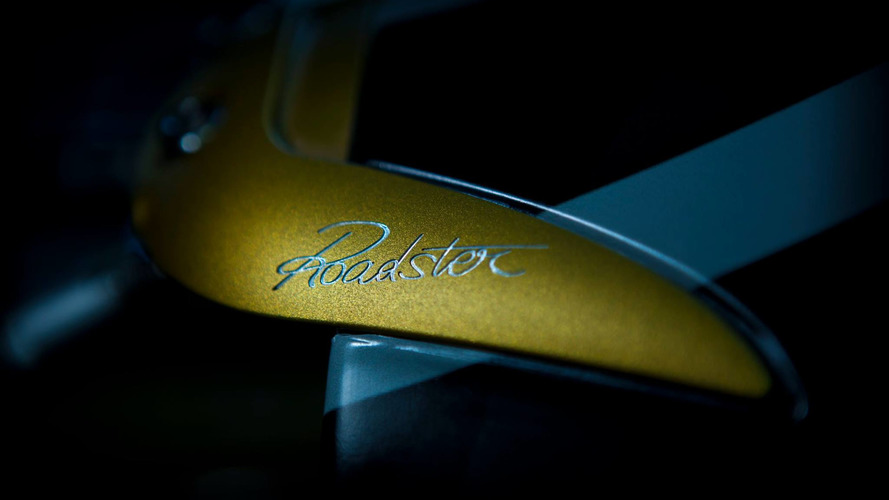 The new image shows more of the droptop supercar, but it's rather puzzling than revealing.

It was back in March 2011 when Horacio Pagani announced plans to chop off the Huarya’s roof for a roadster version. At that point, the Modena-based marque said it would have the supercar ready for a launch in about three years, but it’s only now Pagani is (almost) ready to show off the Huayra Roadster.

As a reminder, the new model was allegedly displayed last year at private gathering organized on the occasion of the company’s upgraded factory in San Cesario Sul Panaro, but everyone else will have to patiently wait until the beginning of March when the Huayra Roadster will grace the Geneva Motor Show. An online reveal might occur a few days or weeks earlier to create more buzz around what is probably already a sold-out model.

In this new teaser, Pagani is showing us an interesting detail, although it’s a bit tricky to point out exactly what it is. The U-shaped piece is adorned with the “Roadster” lettering and chances are it’s an exterior detail since the golden part appears to be affixed to the car’s body judging by the black and white stripes. Sitting in the center of the “U” component is likely the Pagani logo, so we’re probably looking at a section of the front hood. We could be wrong, though.

Just like the Zonda Roadster, the car will likely employ a removable hardtop made from carbon fiber. Aside from getting a new roof, the Huayra Roadster will lose the gullwing doors in favor of a conventional setup and will receive some lightweight structural enhancements to compensate for the roof’s removal.

Only 100 units will be manufactured and all will share a variation of the biturbo 6.0-liter V12 engine. In the coupe, the AMG engine cranks out 730 horsepower (537 kilowatts) and 737 pound-feet (1,000 Newton-meters), so expect something very similar in the roadster, if not identical. A hardcore BC version might also be on the agenda, but we’ll just have to wait for a confirmation from Pagani.

Meanwhile, other teasers of the topless Huayra will likely be published in the weeks to come prior to its premiere. Attached to the image of Pagani’s latest teaser is the following description:

“…So everything had to come together as if it was a car carved out of a block of Carrara marble... - Horacio Pagani.”