Hyundai subcompact crossover spied inside and out 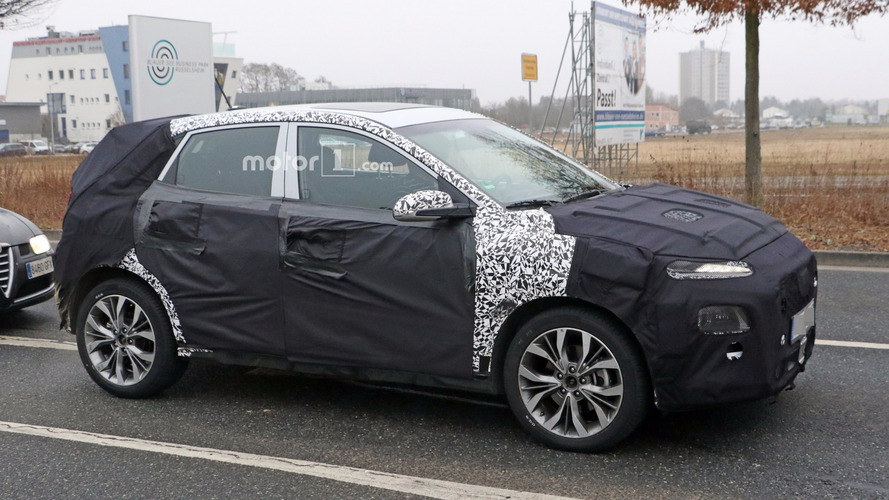 The short description about the crossover’s exterior appearance was made about two and a half years ago by Hyundai Motor America CEO Dave Zuchowski while talking about plans to launch a B-segment high-riding model. He reiterated the company’s decision to come out with a Nissan Juke rival towards the end of November last year by saying the yet unnamed subcompact crossover is slated to go on sale by early 2018, which probably means it will be unveiled before the year’s end.

Here we have a near-production prototype still covered in a lot of camo, but even so it’s easy to notice the funky headlight arrangement with a thin upper strip reminiscent of the Citroën C4 Cactus and the Jeep Cherokee. The back of the car remains mostly hidden, although we are able to see the fairly wide taillights sitting up high and with a design somewhat similar to those of the i20 and its rugged counterpart, the i20 Active.

Speaking of which, Hyundai’s new crossover will actually have a lot in common with the supermini from where it is expected to inherit most of the hardware. Depending on market, the engine lineup will likely kick off with the brand’s turbocharged three-cylinder 1.0-liter gasoline unit in 100 hp and 120 hp flavors. Stronger versions might also get the new turbo 1.4-liter from the third-gen i30 where it delivers 138 horsepower (103 kilowatts) and 179 pound-feet (242 Newton-meters) of torque.

In addition, the Europe-bound version is slated to get at least one thrifty diesel engine, with our money being on either the 1.4-liter or 1.6-liter CRDi, if not both. The U.S.-spec model is highly unlikely to receive a diesel engine, while the three-cylinder gasoline unit also seems unsuitable for America.

Hyundai hasn’t said a word about whether the new model will be strictly front-wheel drive or if more expensive versions will be available with a grippy AWD setup.

While many of the components will likely be adapted from the i20, that won’t be the case with the interior cabin as the spy shot reveals Hyundai’s B-segment crossover will have more in common with the new i30. Here is a photo comparison between the two to better check out the similarities.

Hyundai’s crossover expansion is not going to stop with this new model since the company has already confirmed it will launch a smaller A-segment crossover by the end of next year.