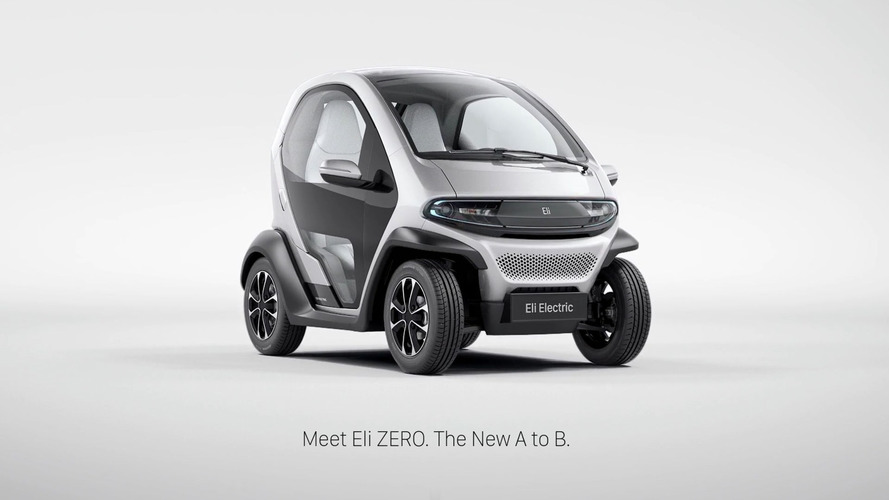 Electric vehicle startup Eli is 'reimagining the future of urban mobility to create the world you want to live in.'

That is a rather bold objective coming from a virtually unknown company trying to grab a piece of the EV action with a pint-sized two seater bearing a resemblance to the Twizy. The shape seems familiar, as do the see-through doors, albeit the Zero does appear to be more car-like both inside and out than Renault’s toyish urban commuter.

One major difference between the two is the Zero’s glass rear window, which you won’t find on the Twizy. In addition, the newcomer in the EV segment has a partially glass roof, so in some ways the Zero can be considered as mash-up of a Twizy and a Smart ForTwo Electric Drive.

Technical details are shrouded in mystery for the moment as the press release only contains the following:

“We believe Eli introduces an advanced, yet simple product that will fundamentally shift how we engage with urban fabrics. Smaller, simpler and friendlier, Eli ZERO is the ultimate two seater mobility device for agile daily movement. Eli ZERO reimagines the NEV and addresses the dynamic transportation demands of modern cities and towns by offering a versatile driving solution for both urban and suburban neighborhoods.”

The adjacent image showing the car’s instrument cluster might just reveal one of the most important details: range. The left dial shows the Zero has enough juice to cover 289 kilometers (180 miles) when the battery is charged at an almost 40-percent level. It means maximum range stands at more than 600 km (372 miles) with the battery full, although frankly that sounds too good to be true. After all, the tiny car doesn't seem to have space enough for such a large battery pack that would enable the Zero achieve the impressive range.

We will know for sure in just a few days as the Eli Zero will be revealed in full at CES in Las Vegas where the long-teased Faraday Future electric crossover will also debut in production guise.