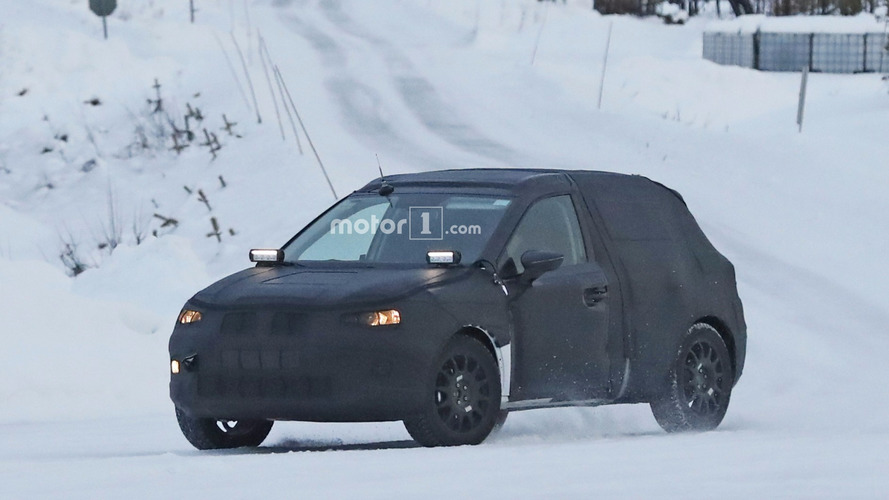 The pint-sized crossover from Martorell will go official in September at the Frankfurt Motor Show.

Sociedad Española de Automóviles de Turismo is far from being one of the most successful brands of the Volkswagen Group to say the least, but the company is now in a better shape than it was a few years ago. It’s partially due to SEAT’s belated foray into the SUV segment with the compact Ateca, a sister model of the VW Tiguan and the yet unreleased second-gen Skoda Yeti.

It’s going to be joined in the latter part of the year by this, the Arona. We’re looking at a B-segment crossover based on the next-generation Ibiza supermini from where it will inherit most of the hardware as well as the exterior and interior design. While the fifth-gen Ibiza is due to be unveiled in March at the Geneva Motor Show before going on sale in July, the Arona will bow in September in Frankfurt and will be launched before the year’s end.

SEAT’s first subcompact crossover will basically be a Spanish take on VW’s upcoming Polo-based crossover and both will share the shortest iteration of the group’s flexible MQB platform. Underneath the hood there is going to be a wide array of turbocharged three- and four-cylinder units hooked up to manual and DSG transmissions, depending on engine choice. It’s not known at this point whether the Arona will be strictly front wheel drive, or if more expensive versions will be sold with the option of AWD. With that being said, we are inclined to believe the small crossover will be available only with FWD.

Check out other spy shots of the Arona:

The prototype caught undergoing winter testing had a considerable amount of camouflage to hide what will be an Ibiza-derived design. As a matter of fact, we won’t be too surprised if the Arona will look like a jacked-up Ibiza with possibly some cues from the aforementioned Ateca. Needless to say, those hood-mounted strips of LED lights won’t make it to the production model.

If you’re wondering about the origins of the crossover’s name, “Arona” is a municipality in the southern part of the island of Tenerife in the Canary Islands. SEAT will build its smallest crossover in Martorell, Barcelona and the model will fill in the void left by the Ibiza ST’s demise.

A third high-riding vehicle is already in the works to join the Arona and Ateca. We’re talking about a midsize SUV previewed by the 20V20 concept and bound to replace the Alhambra MPV most likely before the end of 2018. It will have a lot in common with the Skoda Kodiaq and the VW Tiguan Allspace, including the standard five-seat layout and optional seven-seat arrangement.