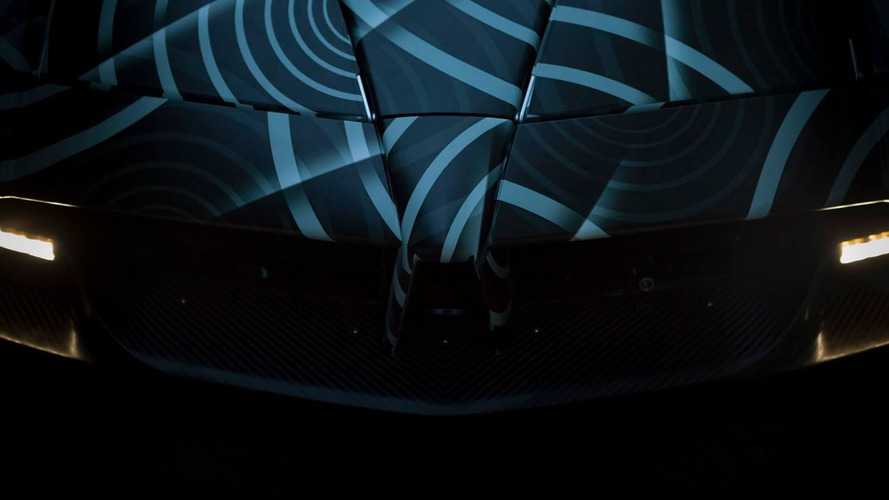 Expected to feature a removable solid roof panel like the Zonda Roadster before it.

The Pagani Huayra Roadster was supposed to debut back in August last year at the Pebble Beach Concours d’Elegance, but the open-top supercar was a no-show. Some fortunate people did have the privilege to check out the car during a private event organized in 2016 behind closed doors at the company’s new factory in San Cesario Sul Panaro, Modena. As for the rest of us, we’ll get to see it roughly in about two months from now at the Geneva Motor Show.

To ease the wait, Pagani has published a couple of teasers with its next jewel, one that is expected to feature a new rear deck and a removable hardtop made from carbon fiber in the same vein as the Zonda Roadster. Knowing Pagani and its healthy obsession of keeping weight as low as possible, we are not expecting any significant differences between the roadster and its fixed roof counterpart. Some body reinforcements will be necessary to compensate the roof’s axing, but even so dry weight should be in the same ballpark as the coupe’s 1,350 kilograms (2,976 pounds).

To get an idea of how it’s going to look like, an image with a couple of cardboards allegedly depicting the Huayra Roadster emerged onto the web some weeks ago. It seems the Huayra Roadster will employ a redesigned rear diffuser and what seem to be new flics affixed to the upper part of the taillights. A pair of buttresses incorporating numerous vents is also noticeable, along with new side skirts.

Production is going to be capped at just 100 units and most likely all of them have already been pre-sold to anxious, deep-pocketed buyers. Just like the coupe, power will come from a mighty biturbo 6.0-liter V12 engine from Mercedes-AMG with 730 horsepower (537 kilowatts) and 737 pound-feet (1,000 newton meters) on tap. Performances should mirror those of the coupe’s, which needs 3.3 seconds until 62 mph (100 kph) and maxes out at 230 mph (370 kph).

It will be interesting to see whether the Huayra Roadster will also be offered in a more hardcore Benny Caiola version like the coupe with more power and less weight. Even if it will happen, chances are Pagani will introduce the BC model later to serve as the icing on the cake.