Audi A4 Avant AllRoad Spied in the Dark 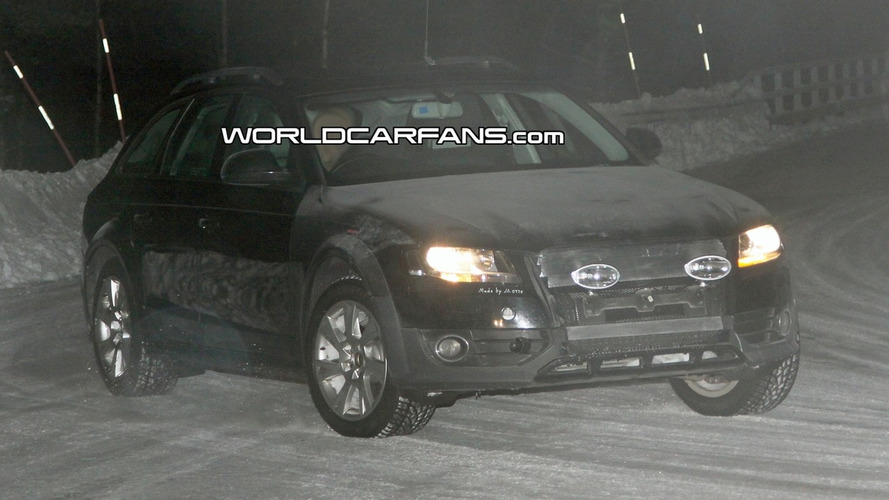 The new Audi A4 allroad is on new spy pictures showing the car's Avant production body. It's the first time the A4 gets its own allroad model.

Audi is testing a new A4 allroad. These fresh spy pictures taken at night confirm that the A4 model range is to be joined by an allroad version for the first time. Allroad has so far been a name associated only with the bigger A6.

Previously the allroad was spied testing in the body of an A4 sedan mule. But this time it shows its own Avant physical appearance. The exterior reveals wider fenders, new bumpers with different air intakes, fog lights and a total look that says ‘off-road'. Of course the most noticeable thing is how high the car stands off the ground.

The Audi A4 allroad will be powered by the same petrol and turbo diesel engines as the regular A4. Quattro AWD comes standard because the vehicle is expected to live up to its promise of its offroad capabilities.

Audi will be counting on vehicles like the A4 allroad to lift its market share in the SUV/ crossover segment. Big SUV sales have been sagging at a steady pace and those interested in downsizing would look at cars like the allroad.

Gallery: Audi A4 Avant AllRoad Spied in the Dark