Nissan introducing Qashqai to the U.S. at Detroit Auto Show 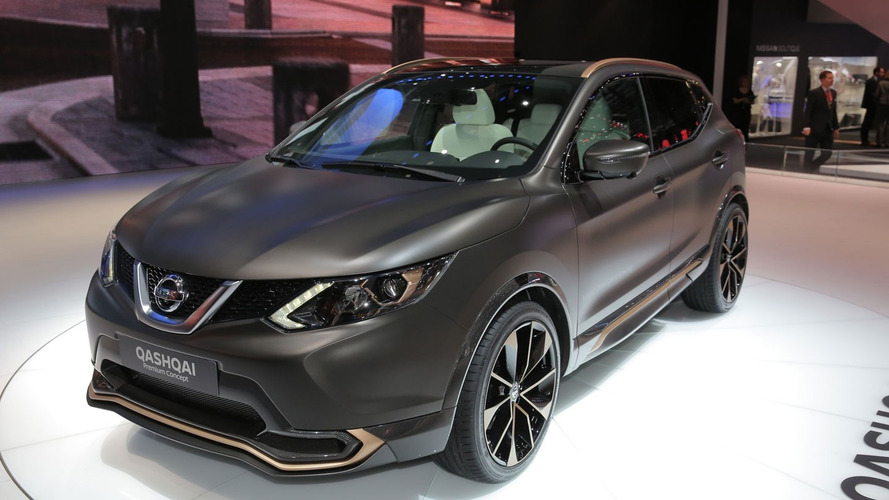 The model will fill a hole near the bottom of the brand's crossover lineup in the U.S. by fitting between the Juke and Rogue.

Rumors are re-emerging that the Nissan Qashqai might come to the United States, and the crossover could debut as soon as the North American International Auto Show in just a few weeks, according anonymous sources speaking to The Truth About Cars.

The unnamed insiders claim that Nissan is looking for a way to satisfy the massive thirst for crossovers in the American market, and importing the existing Qashqai into the U.S. is an easy way to broaden the company's product range. The North American version would possible have a different name, though. A new moniker would make sense because many consumers in the U.S. might find Qashqai unpronounceable.

Nissan already has five crossovers in its American lineup, and they range from the little Juke to the massive Armada. At about 172 inches long, the Qashqai would fill a niche by being about 8 inches longer than the Juke and around 12 inches shorter than the Rogue.

Now in its second generation, the Qashqai has been a massive success for Nissan in Europe. The company offers the crossover there with a 1.2-liter turbocharged four-cylinder, a naturally aspirated 1.6-liter four-cylinder, 1.5-liter diesel, and 1.6-liter diesel. One of the gasoline-fueled engines would be the most likely choice for the U.S. Expect a CVT as the sole gearbox choice.

Like the examples for Europe, Nissan would build the Qashqai for North America at its plant in Sunderland, England. The company recently confirmed that production would remain there after reports claimed that Brexit was potentially forcing Nissan to shift assembly elsewhere.

Rumors in 2015 suggested that Nissan was looking at bringing the Qashqai to the United States. The company reportedly planned to position it as a "smaller and more fuel-efficient" version of the Rogue.

Source: The Truth About Cars via Auto Guide