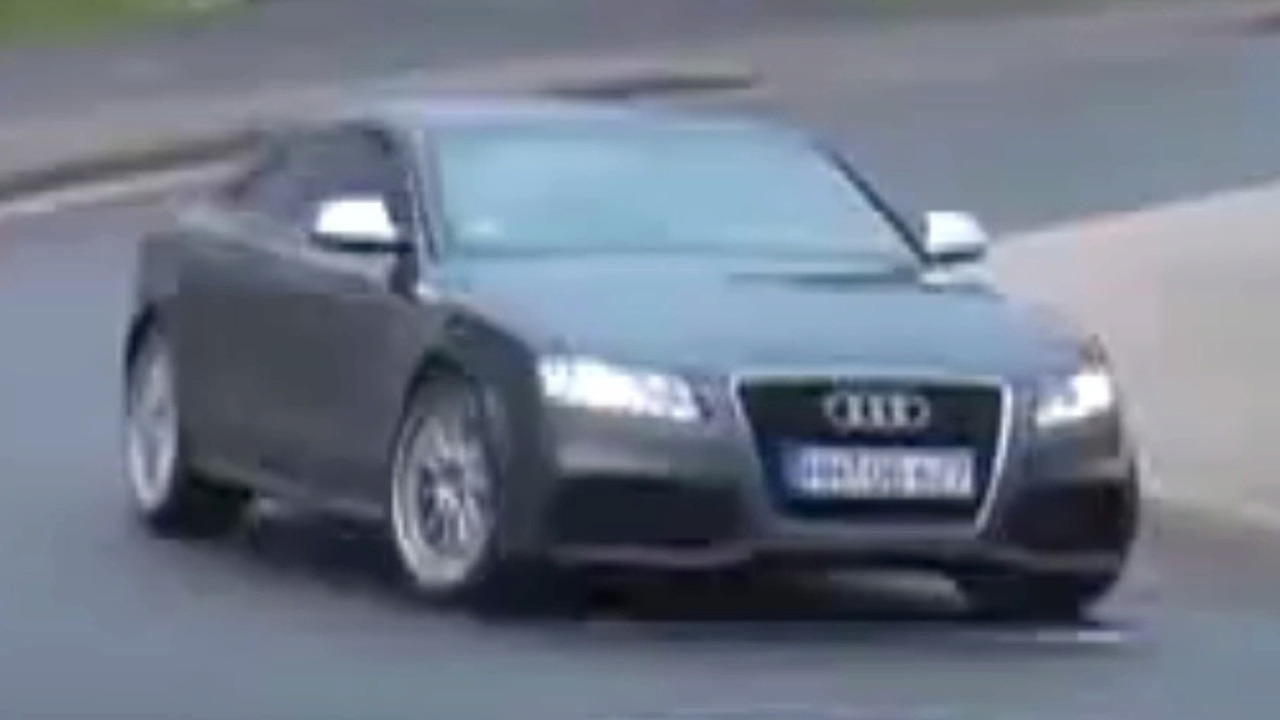 The Audi RS5 is heard roaring around the Nürburgring during a high speed track testing session. Expected in 2010, the RS5 will use a 4.2-litre twin turbo V8 engine for its 450hp.

The 2010 Audi RS5 has been caught again on video testing at the Nürburgring. It looks almost completely undisguised which leads us to believe a public unveiling is not far off. Providing a harmonious soundtrack to accompany the video wasn't going to be necessary as the RS5 engine already comes with such a beautiful roaring sound.

Although specs are still some way from being released, it's known that power comes from a twin-turbo 4.2-litre V8 with around 450hp (330kW). Quattro 4WD is standard, as is a 6-speed manual gearbox. A 7-speed double clutch R tronic is a possibility given that rivals also employ these new double-clutch changers. The RS5 should be able to rush from 0 - 100km/h in about 5 seconds with a top speed limited to 250km/h.

Enjoy the video clip while waiting for July 2010 (according the Audi 2012 rollout schedule) when the RS5 hits the streets.