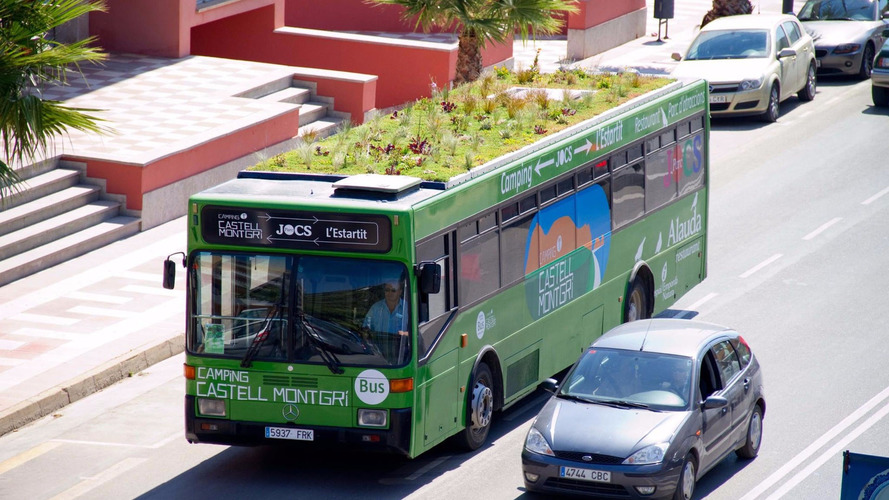 'Garden busses' and restrictions on private car usage are being introduced in an effort to combat air pollution in the Spanish capital.

Authorities in a great many cities around the world are trying desperately to reduce the amount of air pollution in their area. Particularly in Europe, where there are legally binding limits and breaches of those limits carry hefty fines.

Spanish capital Madrid is one such city and has devised a couple of innovative solutions to make the city greener - figuratively and literally.

A project known as “muévete en verde” (“move in green”) will see gardens installed on the roofs of a number of city buses.

It is hoped the plants will help to soak up excess carbon dioxide emissions.

According to the Telegraph, project manager José Antonio Antona said: “Each garden will be formed of metallic meshes and sustainable materials that can withstand movement and not leak water.”

The gardens are filled with sedum matting and other plants, similar to those used in the rooftop gardens that are becoming increasing popular for both private homes and public buildings. Gardens will be installed on a number of bus shelters, as well.

For the time being, the “garden buses” will be rolled out on the number 27 and 34 routes, which carried a total of 17 million passengers in 2015.

You can watch a video of a garden being built below.

Madrid city council has also instituted a measure that will see half of all private cars banned from the city’s streets when air pollution reaches critical levels, the Guardian reports.

Hybrid and electric cars, those carrying at least three people or used by disabled people, mopeds, taxis and emergency service vehicles are exempt. On really bad days, non-hybrid taxis will be banned, as well.

Around 1.8 million cars are registered in the Madrid area.

A leftist coalition has held power in the city since last year. It recently announced plans to ban diesel cars from the city entirely with ten years.

Source: The Telegraph; The Guardian