Imagine seeing this in your rearview mirror...

It may not look like one, but this is a street-legal car, which means you can park it next to a humble VW Polo at your local mall for a round of shopping. However, we wouldn’t recommend doing that since there’s virtually no cargo area for your groceries. Also, performing a parking maneuver in this GT1-spec 911 must be a pain taking into account the dreadful rear visibility. But at the end of the day, none of these downsides matter since this is in fact essentially a race car for road use.

It's one of the five cars delivered by Porsche at Mugello, Italy back in March 1997 and was ordered by Carl Rosenblad of Julius Racing. Originally registered in Sweden, the car made its race debut in April that year at Hockenheim and several months later it was on the starting grid of the grueling Le Mans 24-hour endurance race.

Starting off as a thoroughbred race car, the 993-based Nine Eleven is a factory-built monster now registered as a road car in U.K. after being converted for street use earlier this year by Aldo Riti of Riverside Performance Engineering. It has brand new fuel lines and belts, along with rebuilt turbochargers without restrictors. In addition, the 911 GT1 has received a MoTeC electronic management system and rebuilt Bilstein dampers paired with softer springs to make it easier to live with on public roads. 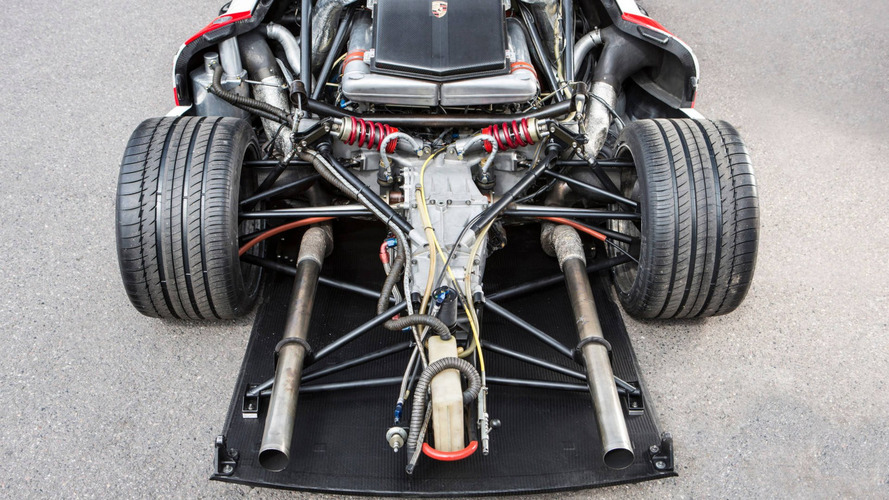 Gone are the original carbon brake discs as these had to be removed to make way for steel ones now coupled with rebuilt calipers. These are hiding behind a shiny new set of BBS wheels shod in Michelin Pilot Sport tires. In order to be eligible for street use, the 911 GT1 had to be fitted with a handbrake, while the race-spec exhaust has been replaced with a bespoke unit fitted with catalytic convertors.

Arguably one of the least practical road-legal cars out there, this extremely rare 993 variant has sliding windows and locking fuel caps, while on the inside it hosts a pair of Recaro seats. It features a twin cooling fan setup derived from the 911 GT1 Straßenversion and comes bundled with many bits and pieces that had to be replaced during the conversion process, including the original seat.

There’s no word about pricing, but this is easily a seven-figure car. If your pockets are deep enough for such a rare 993, you’ll have to get in touch with Hampshire-based Mark Donaldson dealer to find out how much it costs.