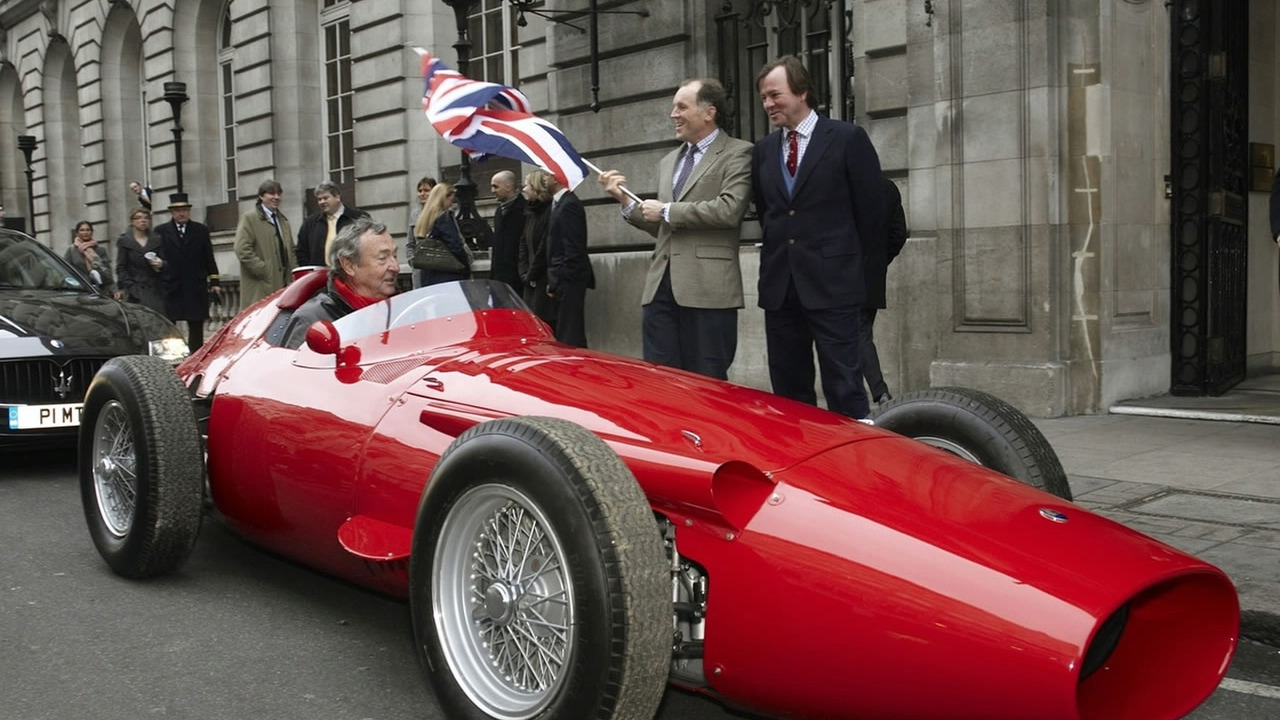 Nominated by Sir Stirling Moss, and driven in by Pink Floyd drummer Nick Mason, the Maserati 250F has been named "World's Greatest Racing Car" by readers of a British magazine.

The award, suggested by Sir Stirling Moss, was also supported by Mason.  Mason, himself a race fan who has participated in 24 Hours at Le Mans, said, “The accolade is well deserved. To many the 250F is the archetypal Grand Prix car and, apart from being one of the most beautiful, it is one of the most progressive and forgiving of racing cars to drive."

"Who can forget what must be the most iconic of motor racing images – Fangio in a full power-slide at the French Grand Prix in 1957, with battle scars evident on the nose? (The car that is, not the driver).”

“It was a great idea from Octane to get readers to vote for their favourite racing car and I am delighted that the 250F beat its rivals,” Mason said.