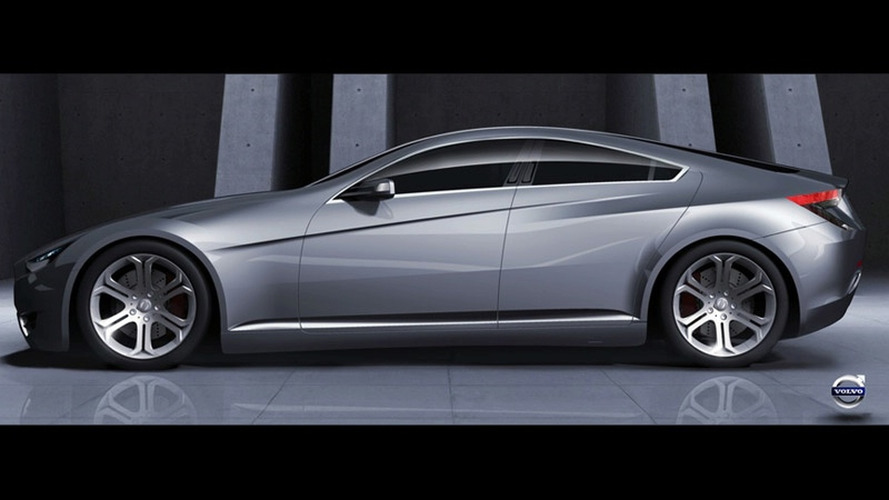 New Volvo SC90 Concept is imagined as a four-door luxury coupe meant to be the automaker's flagship model. The SC90 adds more "emotion" to Volvo design, intended to keep the automaker competitive with the European premium brands.

Poor Volvo. Like a rejected foster child, parent company Ford no longer wants them around. The Swedish government has said no to a takeover. No buyers have come forward with a serious bid.

The Volvo SC90 is a four-door sport coupe spawned from the imagination of designer Nouphone J. Bansasine. Bansasine was a design intern at Volvo in 2007 and created the SC90 for an assignment, which was to create a new high-end model for the brand.

Taking his cue from the current trend in luxury four-door coupes, and imagined as a 2015 model, Bansasine's design creates a flagship vehicle for Volvo that takes the brand into what Volvo calls "a more emotional" direction. Which is to say, Volvo can create more exciting designs than is present in its current understatement-themed styling.

According to Volvo, the SC90 is meant to compete with the Porsche Panamera and Aston Martin Rapide.

Perhaps a little overly ambitious but essentially, they're on track. Volvo make appealing, practical, safe, high-quality premium cars. Why not make their designs competitive with the German premium brands? That's exactly what they need to do.

Yes, Volvo is currently losing money (who isn't? Even Toyota has reported the first quarterly loss in its history), but its been a money maker in the past and now is a good time to buy. Hey, hasn't anyone noticed this is a great automaker?

PSA? Renault-Nissan? You having a look?