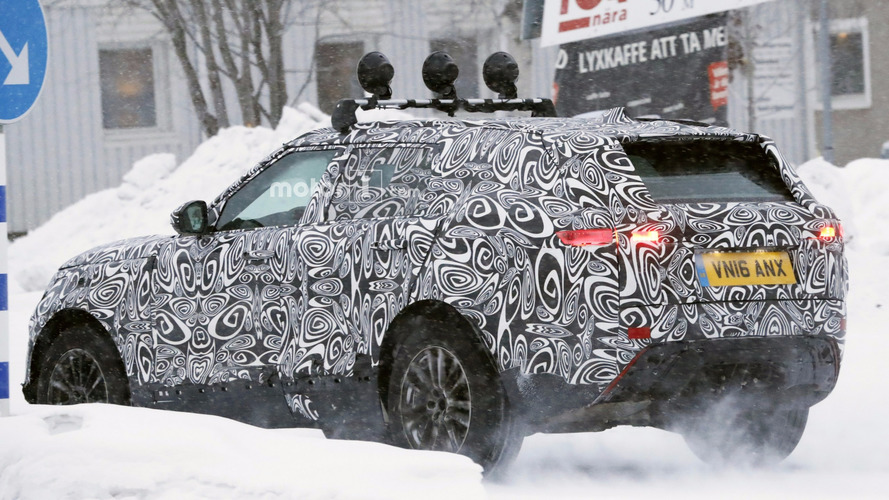 Like it or not, SUV coupes are here to stay.

If you’re finding the Range Rover Sport too practical and not expensive enough, Land Rover is working on something that will solve your “problem.” Meet the first-ever Range Rover Sport Coupe, a pricier version with less rear headroom and a smaller trunk than the regular body style. It’s all for the sake of creating a somewhat more sloped roofline towards the back to give the SUV a pseudo-coupe silhouette. BMW is already doing this with the X4 and X6, while Mercedes has the GLC Coupe and GLE Coupe models.

Although at a first glance it looks like a fairly standard Range Rover Sport with a set of roof-mounted lights, in reality it’s actually the coupe-ified version with a thick amount of camouflage at the back to hide the reshaped derrière. However, the visibly angled glass of the rear doors gives away the prototype’s true identity.

Besides its rather controversial shape, the Sport Coupe (name not confirmed) will "set new standards for a Range Rover’s styling, interior and road-focused handling,” according to Land Rover insiders cited by Autocar. The new derivative is said to have a lot in common with the Jaguar F-Pace from where it will allegedly inherit the aluminum-intensive construction as well as its suspension.

It is believed the Range Rover Sport Coupe is going to stretch at about 4.7 meters (185 inches), which would make it shorter than the aforementioned segment rivals, the X6 and GLE Coupe. Photos of the cabin are not available at this point, but rumor has it quality will go up a notch and the model will see the introduction of new trims and materials.

As far as the engines are concerned, these will be carried over from the regular model, but a thrifty hybrid version is believed to be in the works along with a pure electric version with hardware borrowed from the forthcoming Jaguar I-Pace. A high-performance model wearing the “SVR” badge with the supercharged 5.0-liter V8 is being mooted as well.

Land Rover is expected to take the wraps off the new Range Rover Sport model as early as next year, so it might have it ready for the Frankfurt Motor Show in September. The hybrid, electric, and SVR models will likely arrive later during the life cycle.