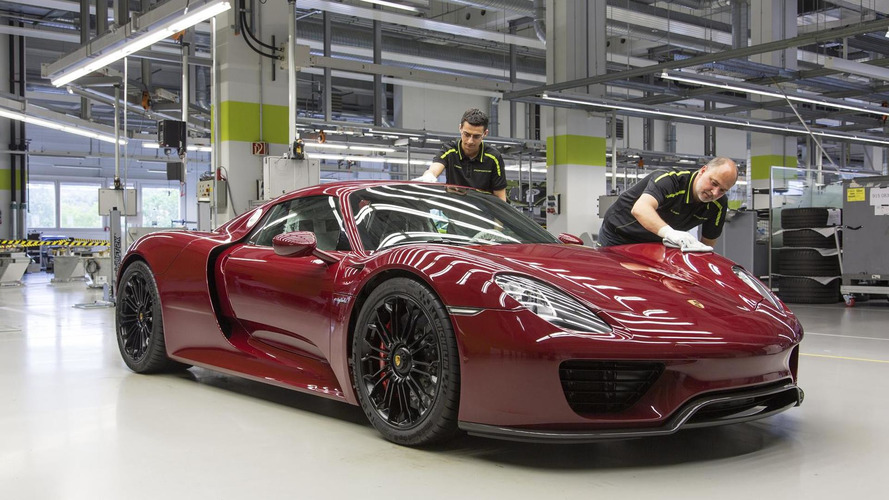 This is the second suspension recall for the hybrid supercar.

Just before the end of the year, Porsche has announced the second 918 Spyder recall for 2017. Back in July, the super hybrid was inspected for a potential problem with the seatbelts, and now all U.S. examples of the car will be recalled because they may have front lower control arms that may crack at the ball joint, as NHTSA explains.

A total of 306 from all 918 vehicles assembled will be inspected, and Porsche says they were manufactured between November 6, 2013, and July 27, 2015, and are all part of the 2015 model year family. The German company will replace the lower control arms, free of charge. Owners will be notified by the company, but there’s still no notification schedule.

This is not the first suspension recall for the successor of the Carrera GT. Exactly two years ago, as “a precautionary measure,” Porsche asked 205 918 Spyder owners to drive their cars to the nearest dealer to get unspecified parts of the chassis replaced. “For vehicles that were manufactured in a certain time period defective parts were used from a delivery batch, whose functionality cannot be permanently guaranteed,” Porsche then explained.

Only six months later, the 918 Spyder was recalled once again due to electric problems. This time, the campaign was global and focused on a carbon-fiber detail which can damage the electric wiring harness for the radiator fan. The recall was described as “precautionary,” and “the cause was identified following a detailed examination of inquiries.”

The last 918 Spyder was produced in June last year and currently the car is available only on the second-hand market. A successor has already been confirmed, but we are still several years away from its launch. Until then, it seems, one of the possible ways to get a 918 Spyder will be stealing it from a dealer – just like a 22-year-old guy from Salt Lake City did this summer.

A cracked lower control arm may affect vehicle handling, increasing the risk of a crash.

Porsche will notify owners, and dealers will replace the lower control arms, free of charge. The manufacturer has not yet provided a notification schedule. Owners may contact Porsche customer service at 1-800-767-7243. Porsche's number for this recall is AG09.