No getting away from work in Skype-equipped Volvos 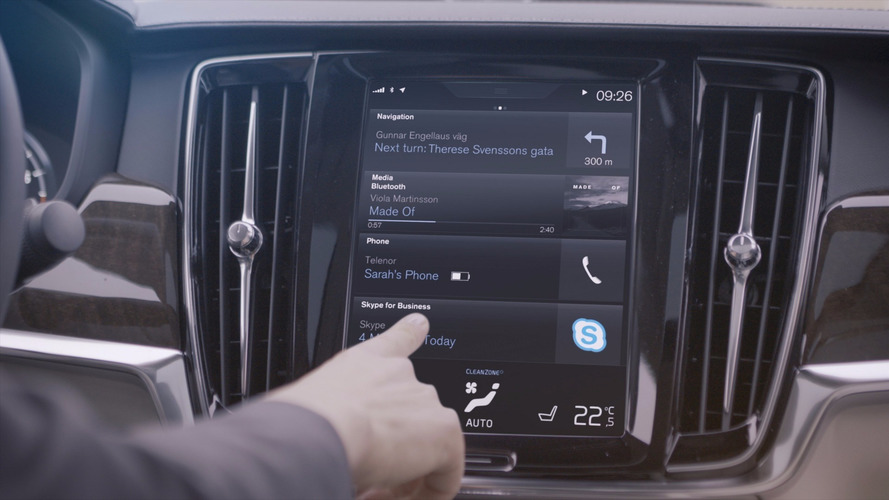 The Swedish automaker's 90 Series cars are the first to come preloaded with Microsoft's 'collaborative productivity' app.

It’s really difficult to get away from work, these days. There are just so many ways for your boss to get hold of you - phone, email, innumerable messaging apps and social media platforms. For some people, the working day never really ends.

At least you can be isolated from it all in your car. But even there it is becoming increasingly difficult to get away from the stresses and strains of the nine-to-five. Smartphone mirroring systems like Apple CarPlay and Android Auto can feed emails and messaging apps to your car’s infotainment system and even read out communications to you. And manufacturers like Porsche and BMW have developed their own systems that harvest information from paired phones.

And now Volvo has become the first automaker to offer “collaborative productivity app” Skype preloaded onto the infotainment system of its 90 Series cars - the XC90 SUV, S90 sedan, and V90 wagon.

That seems like a contradiction in terms, as the interiors of those 90 Series cars are some of the most serene that have ever existed. Turning the place into a working environment can only shatter that impression, surely?

Volvo’s vice president of consumer connectivity services, Anders Tylman-Mikiewicz, said: “We’ve all been there. Sitting in the car trying to join a conference call. You either fumble with or drop your phone while trying to connect or you forget the long pin code to join. It’s not the best way to start an important call in the car. On top of all that your attention is not where it should be - on the road. With the addition of Skype for Business all that goes away.”

Personally, I’ve not been there, but I can see his point. The way people are working is changing, spending less time in the office and not working at arbitrarily prescribed hours. So they need to be able to work whenever and wherever they want, even if that means they are in their car at the time.

Once autonomous cars become commonplace, all of this will seem like a no-brainer. Since you won’t need to operate the vehicle, you may as well do something more useful while in there, like work.