Just by looking at it, you should know immediately that the Lamborghini Reventon is something special. Introduced in 2007 at the Frankfurt Motor Show, it was the most exclusive and most expensive vehicle the company had ever produced up until that point, only to be dethroned by the Sesto Elemento in 2010.

Just 20 examples were ever produced for the road (21 if you count the museum piece), each one wearing the same matte black finish and army green Alcantara, black leather, and carbon fiber interior. Now, at the upcoming RM Sotheby’s Arizona sale, one of these rare beasts will be heading to auction. 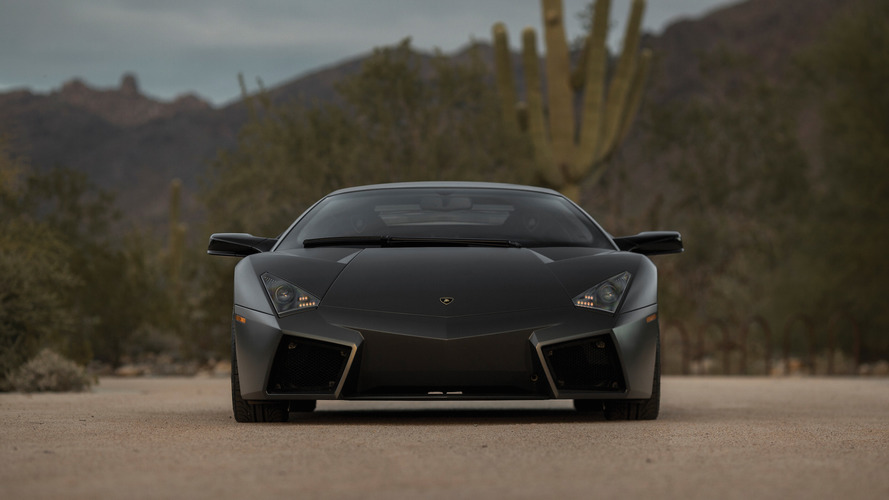 Using the outgoing Murcielago as its base, the Reventon wields a 6.5-liter V12 under the hood and is good for 650 horsepower (484 kilowatts) compared to the Murcielago’s 640 horsepower (477 kilowatts) that came stock. Its exterior is more aggressive as well, with a distinctive nose and a more defined rear. Brand new, this car would set you back a cool $1.5 million… if you were one of the lucky few chosen by Lamborghini to own it.

Unfortunately for interested buyers, the value hasn’t depreciated much in nearly 10 years. RM Sotheby’s estimates it could go for anywhere between $1 million to $1.4 million when it crosses the block the week of January 16, 2017. This particular example is number 3 of 20, and has driven less than 1,000 original miles (1,609 kilometers).

Though it remains in like-new condition, it’s had four owners since it was sold in 2007. Originally presented to a buyer in Canada, it was then purchased by a collector in Chesterfield, Missouri, in the U.S., before eventually making its way back to Canada by way of Vancouver where it currently resides.