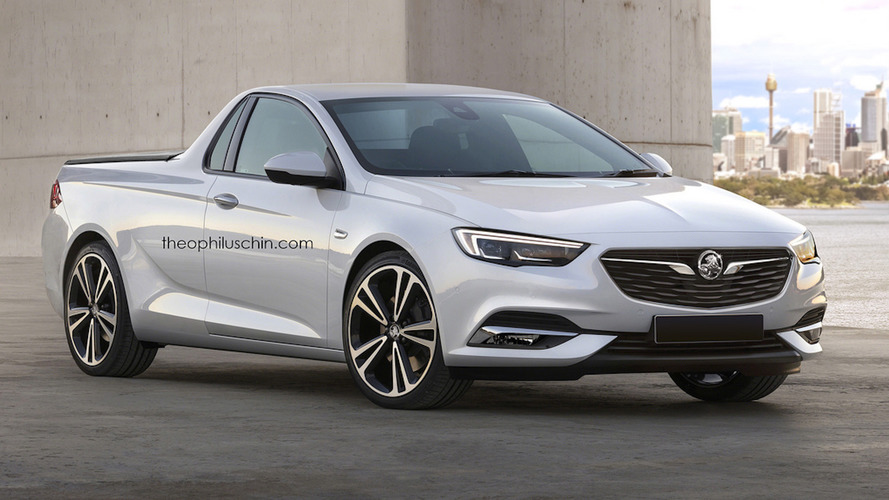 Too bad it will never happen.

The new Opel Insignia Grand Sport is here, and like every generation, it will share its underpinnings with overseas siblings Buick and Holden in the form of the Regal and the Commodore. Both four- and five-door variations have already been confirmed, and we've seen both a coupe and hotter OPC version rendered – but is a ute possible?

If you ask rendering artist Theophilus Chin, anything is possible. That’s why he went to work on mocking up the proposed Holden Commodore ute using the smooth lines of the new Insignia. And it looks intriguing. The front fascia remains mostly untouched, as do the wheels, but the rear has been chopped and gutted in place of a truck bed.

Unfortunately, this handsome ute is likely to remain just a rendering. With Holden officially killing off production of the Commodore in Australia, favoring an imported version of the Opel Insignia instead, that likely means the ute will die with it. Not to mention the switch from rear- to front-whee-drive, and the demise of the V8.

Still, the new Opel Insignia Grand Sport is expected to be a head-turner – ute or no ute. In terms of power, the base Insignia Grand Sport will feature both a 1.5-liter gasoline engine that will produce 163 horsepower (121 kilowatts), and a 2.0-liter unit that will produce 247-horsepower (184-kilowatt). We expect the hotted-up OPC variant to put to use the same 2.0-liter four-cylinder engine, with the ability to push out well over 320 horsepower (238 kilowatts).

The new Opel Insignia Grand Sport will make its debut at the Geneva Motor Show in March, with an OPC version likely to follow later in the year. Sadly, a ute version won’t be present.