Why is this Ford Mustang Cobra R race car listed for $1M? 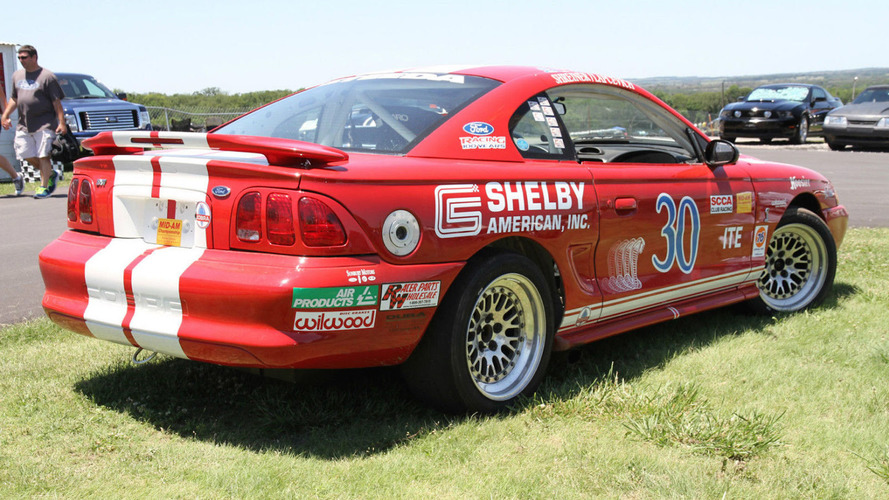 It’s up for sale on eBay with the seven-figure asking price.

In 1993, Ford and SVT introduced the Mustang Cobra R. It was the last hurrah for the legendary Fox body – just 107 examples were ever produced. Two years later, the Cobra R moniker returned, but this time it put to use an all-new platform and a more-powerful 5.8-liter Windsor V8. Just 250 examples were produced, and like generation before it, ownership was only open to those with a valid racing license.

Given its rarity and competitive lineage, owning an original example of either generation Cobra R should undoubtedly set you back. But $1 million? That’s what one seller is asking for this 1995 example that's up for sale on eBay

With an impressive resume to boot, it won the inaugural Grand-Am Cup Race in 2001 at Daytona, and went on to record four first place finishes in its 2002 season at Watkins Glen, Virginia International, Mosport International, and Daytona. It was awarded the 2002 Grand-Am Cup GSII Triple Crown with Hank Mountain, Jeff Lapcevich, and John Shreiner behind the wheel.

After an early retirement, the Mustang was purchased by the current owner off a former crew member, hoping to continue that success on the track. Unfortunately, its racing life was cut short, and though it made on-track appearances at the Mid-America Ford Meet in 2008, 2014, and 2015, it never competed in full after the 2002 season.

Now it’s for sale on eBay, and features the original red and white livery, complete with sponsor stickers from Shelby American, Royal Purple, Wilwood Brakes, and others. Like any good race car, the interior is completely stripped – sans a single Recaro racing seat and a fire extinguisher – and comes with all the original documentation.

It’s a handsome piece of racing history, but is it enough to warrant a $1 million asking price? That’s something for a few interested buyers to figure out.