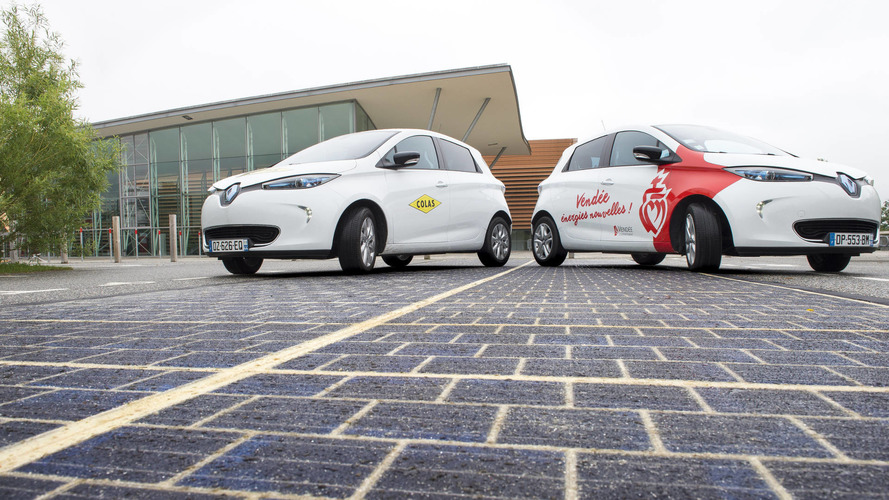 The one-kilometer route is located in Tourouvre-au-Perche in the Normandy village.

A little over two years ago, authorities in The Netherlands inaugurated a solar panel road, but that was only a bike path. Now, France is proud to announce the world’s first solar panel road for cars following an investment of €5 million (about $5.2M). The route stretches at 1 kilometer (0.6 miles) and is located in the small village of Tourouvre-au-Perch in Normandy. Covered with a total of 2,800 square meters of panels that can harness the Sun’s power to generate electricity, the solar panel road was opened last week in the presence of France’s ecology minister, Ségolène Royal.

Financed by the local government, the one-kilometer road dubbed “Wattway” was built by Colas (part of the Bouygues Telecom group) after testing the solar panels at four car parks across the country. The road is going to be used by approximately 2,000 drivers on a daily basis and in the following two years it will be a part of a test to find out whether it can generate enough energy to light up the streets of the village inhabited by around 3,400 people.

Speaking at the inauguration, Ségolène Royal expressed her desire to have solar panels on one in every 1,000 kilometers of the highway network in France.

It remains to be seen whether the investment will prove to be a success taking into account The Guardian points out there are only 44 days of powerful sunshine annually in Caen, the region’s political capital. That’s significantly less in comparison with Marseilles where there are approximately 170 days of strong sunshine.

There’s also the matter of the very high production costs at the moment, prompting some to say it’s not the wisest method to spend public money. In an interview with Le Monde, vice-president of Network for Energetic Transition (CLER), Marc Jedliczka, said there are other priorities when it comes to developing renewable sources of energy. He went on to describe the road solar panel as a very expensive “gadget” and also questioned the project’s viability.