Elemental RP1 will attempt to take down Nurburgring lap record 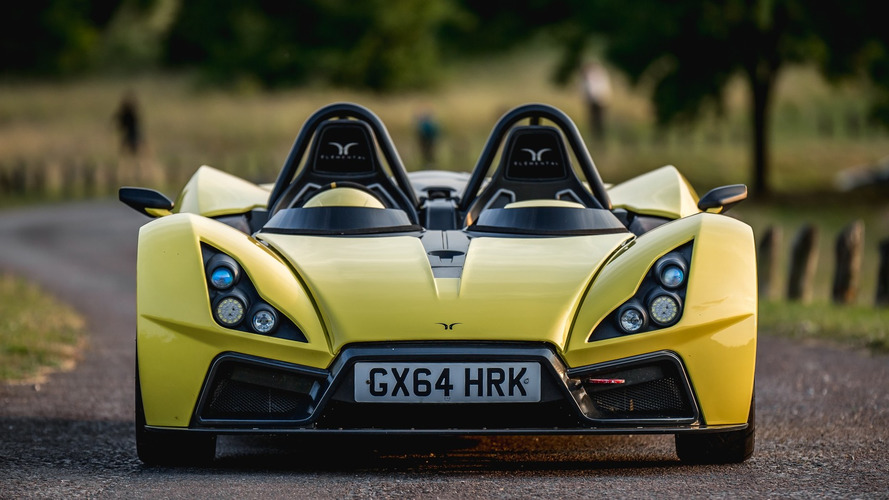 The record to beat would have to be 6 minutes and 48 seconds.

The obsession with Nürburgring lap times some automakers have won’t be fading away in the near future as many are still pulling out all the stops to become the next ‘Ring king. Case in point, Hampshire-based Elemental Motor Company will attempt to set a new record for a production car on the Green Hell with an updated version of its two-seater RP1.

The model received a new aerodynamic pack some months ago boosting downforce to 400 kilograms (882 pounds) while doing 150 mph (241 kph). It won’t be enough to allow the RP1 claim the title for the quickest road-legal car around the Nürburgring, so Elemental is already working on a new aero kit that will help enable the car generate a whopping 1,000 kg (2,204 lbs).

If that’s not impressive enough, ex-McLaren F1 team aerodynamicist Mark Taylor partially responsible for the new pack says with further updates the RP1 could eventually generate as much as 1,200 kg (2,645 lbs), which would be triple compared to the original version of the RP1. He is working closely with Elemental’s aero chief Mark Fowler in order to make the RP1 sleeker than ever and help it set a new ‘Ring record.

The time to beat would have to be 6 minutes and 48 seconds established with a Radical SR8 LM by Michael Vergers back in August 2009. However, we should point out the Radical is not road-legal all over the world, so that makes the Porsche 918 Spyder with its 6:57 time set in September 2013 by Marc Lieb the undisputed record holder for a production car.

In order to take down the Nürburgring record, the Elemental RP1 is going to need more than just an aerodynamic body. Power will come from a turbocharged 2.0-liter Ford EcoBoost engine with 320 hp (239 kW) and 332 lb-ft (450 Nm) delivered to the road through a six-speed sequential gearbox and wrapped in a body weighing just 1,278 lbs (580 kg). The meaty engine corroborated with the lightweight body will enable the RP1 reach 60 mph (96 kph) from a standstill in an estimated 2.8 seconds before maxing out at 165 mph (265 kph).

Needless to say, the car set to tackle the Nürburgring will get the larger and more powerful engine.