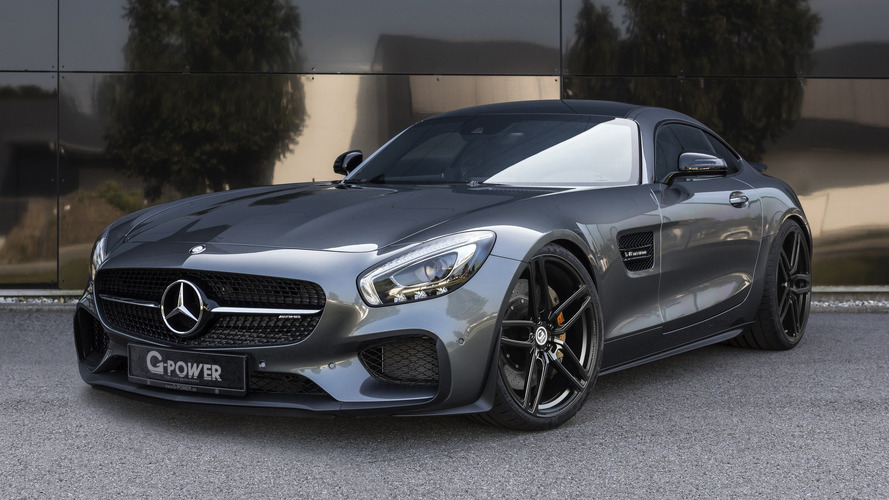 The German shop G-Power now has a new horse in the stable.

German shop G-Power is known within the tuning community for its high-horsepower BMW builds. You may remember their recent 615-horsepower (458-kilowatt) M4 GTS, or they’re earlier X5 M with as much as 750 horsepower (559 kilowatts). But this time the shop has turned its attention to another infamous German marque – Mercedes-Benz.

In doing so, G-Power has come up with an AMG GT sports car well worthy of a second look. The factory 4.0-liter V8 has been tuned to produce a whopping 610 horsepower (448 kilowatts) thanks to a new Bi-Tronik five-power module – a healthy increase over the stock 462 horsepower (344 kilowatts) and 442 pound-feet (600 Newton-meters) of torque. From a standstill, it will blast to 62 mph (100 kmh) in just 3.6 seconds.

Under the hood is where most of the magic happens. Even still, the car also gets a set of visual upgrades that help it stand out from the crowd. A slightly revised front fascia and a set of lightweight Hurricane RR alloys wheels keep the original aesthetic mostly intact, while reducing weight and improving chassis dynamics at the same time.

If the AMG GT isn't your cup of tea – worry not. G-Power also has an available package for the S63 AMG sedan, which brings power to a whopping 700 horsepower (521 kilowatts) with a top speed of well over 200 miles per hour (321 kilometers per hour).

The G-POWER Bi-Tronik 5 power module increases the output of the AMG GT and GT S models to 610 hp at 6,500 rpm, with 755 Nm of torque between 4,000 and 5,500 rpm. For the AMG GT (Standard: 462 hp/600 Nm), this means a staggering increase in output of 148 hp and 155 Nm. Thus modified the AMG GT and GT S rocket to 100 km/h in just 3.6 seconds, a 0.4 sec improvement over standard for this benchmark sprint time. The Bi-Tronik 5 power module connects to the factory-side engine control unit and its microprocessor modifies the data acquired by the vehicle sensors and then forwards this information to the standard AMG engine control unit. This approach guarantees a perfect match between G-POWER’s high-performance plug-and-play module and the original motor hardware. Importantly, both the diagnostic and the engine protection functions remain unaffected. As a further engine protection measure, the increased output only comes online once the prescribed oil temperature is reached, and is deactivated when the maximum permissible cooling water temperature is reached, such as when running under full load in high ambient temperatures. As the Tronik 5 module is external to the cars ECU, it is not affected by any factory software update. G-POWER’s double-spoke HURRICANE RR ultra-light forged alloy wheels further enhance the look of the AMG GT/GT S, while reducing unsprung weight for improved chassis dynamics. PRESS RELEASE – AMG Models The G-POWER HURRICANE RR wheel/tyre combination is sized 9.0x20-inch with 275/30R20 tyres in front, and 10.5x21-inch wheels with 305/25R21 tyres at the rear. In addition to the Finish Jet Black pictured, these forged alloy wheels are also available in Gun Metal Grey, Stardust Silver and Diamond-cut finishes. A very special alternative that really stands out from the crowd is the completely polished silver finish version for this ultra-light alloy wheel. HURRICANE RR wheels start at 7,645 euro per set.