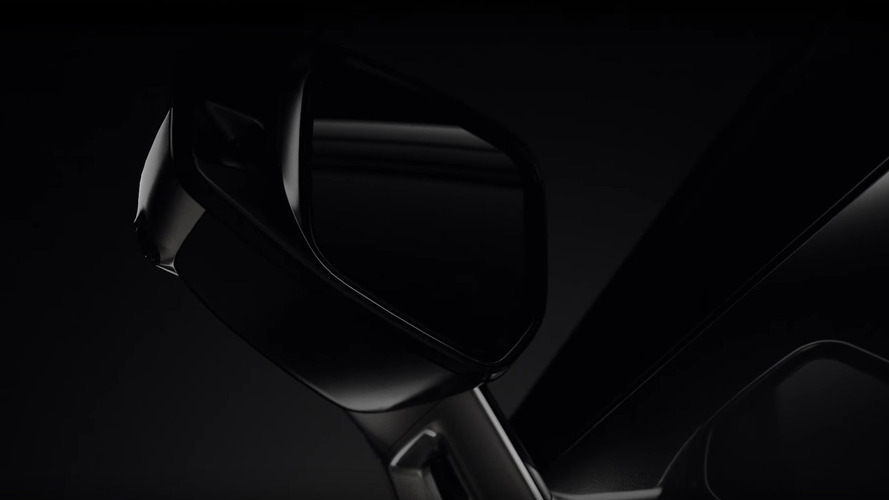 The company hints that owners might be able to remove the mirror and just leave the camera someday when the tech is legal.

Faraday Future is keeping up its long-running teaser campaign for the company’s first production vehicle. The latest short clip shows off the model’s side mirrors that appear to combine traditional glass and rear-facing cameras.

“Mirrors can warn you, but they can’t save you. They can reflect, but they can’t react. We need something sharper,” Faraday Future writes as the YouTube description for this movie.

The brief video breaks down the design and shows how the camera and mirror integrate together. It seems the company might construct them as modular units, so that in the future an owner could possibly remove the mirror portion. Currently, rear-facing side-view cameras are only legal on vehicles in Japan.

When taken as a whole Faraday Future’s teasers provide a good idea about what to expect from the company’s electric crossover when it debuts at the 2017 Consumer Electronics Show on January 3. The front end features a strip of LEDs that runs from the headlights to the tip of the nose and a diamond-shaped mesh grille. The rear has full-width taillights with a similar lattice-like design. A coupe-like roofline is reminiscent of crossovers like the BMW X4.

Faraday Future’s crossover reportedly uses 98 kilowatt-hour battery that’s capable of a 300-mile (482-kilometer) range. The firm’s teasers make bold statements about the model’s performance, too. One video shows the vehicle beating a Bentley Bentayga, Ferrari 488 GTB, and Tesla Model X P100D in a drag race. Those benchmarks suggest a sprint to 60 miles per hour in the high two-second range. Such acceleration would be quick by any standard but would be especially impressive for a CUV.

The automaker is also developing a semi-autonomous-driving system that can reportedly support over-the-air updates. Sensors at the top corners of the rear on the production model are likely a portion of this tech.

There’s still some doubt over whether Faraday Future can actually bring the CUV to the road. Recent allegations suggest the brand could have around $60 million in unpaid bills to suppliers. The firm also stopped construction on its $1-billion factory in Nevada, but the construction company building the plant indicated work would “resume in early 2017.”