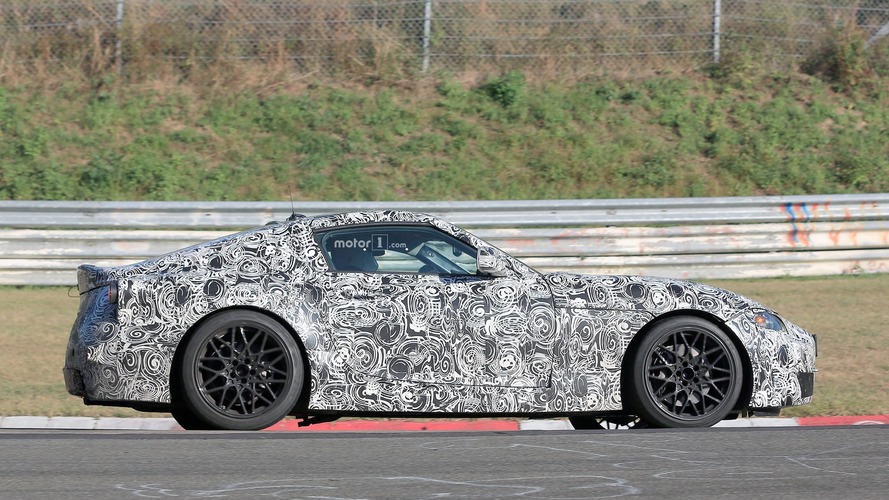 From the hottest deserts to the highest mountains, these are the best cars we spied in 2016.

Spy shots: While they may not paint the entire picture, they do give us a chance to fawn over some yet-to-be-released product in eager anticipation. Whether it be a sports car or an SUV, sometimes the thought of things to come can be more interesting than the final product itself.

Whatever the case, 2016 gave us plenty to ogle. New product and refreshes galore – photos, videos, and even a few cars caught au naturel. We put ten of our favorites together in this list, all of which are expected to make their debuts in just a few months time.

Long gone is the Acura’s "beak" front end design. In its place is a more grownup look that was first previewed on the Precision concept, and went into production on the new MDX. Not looking to break the trend, the TLX will carry over that same design when it makes its debut sometime next year.

Though it may not show much, this is our first real look at the upcoming, possibly mid-engined, long-rumored, yet-to-be-confirmed C8 Corvette. It was caught in September at the General Motors proving grounds, and shows off a shortened nose and longer rear section – suggesting there’s a brawny V8 back there somewhere.

This isn’t the all-new Corvette with the engine in the rear – but that’s ok. The upcoming Corvette ZR1 looks like it’s going to be one heluva handful, if these spy shots are any indication. A massive rear wing and a more aggressive front fascia are just some of the more noticeable cues under all that camouflage.

We’re just a few weeks out from the arrival of a new Honda Odyssey. And though it’s already been "teased," we won’t have any concrete details until it makes its debut in Detroit. Caught testing back in July, it’s expected to follow a similar design a la the Pilot and Ridgeline, and feature a 3.5-liter V6 under the hood.

This not-so-subtle McLaren prototype was caught testing on public roads in Spain back in September. Dubbed the 720S (P14 prototype), it’s a far cry from the current 650S, which it will be replacing. The front fascia is significantly smoother, and ditches the signature McLaren headlights in place of a sleeker set of LEDs. McLaren says this car will be a “big leap” in terms of design.

This isn’t so much a "spy shot" as it is our first look at the all-new Mercedes GT C Coupe Edition 50. It was photographed without camouflage in Germany, showing off a menacing matte black exterior. Just like its roadster sibling, it will use a biturbo 4.0-liter V8 and produce 550 horsepower when it makes its debut in 2017.

Believe it or not, the Mercedes G-Class has been on the market for nearly 38 years. In that time, it’s remained mostly unchanged from the original we saw back in 1979. It’s good news, then, that we’ll see a fresh one for the 2018 model year. The boxy body will remain, but features like an electromechanical steering unit and a multi-link front suspension will be introduced, thankfully.

Though the sleek Insignia sedan has already made its debut in full, there’s still more to come. Early spy photos show a sultry wagon to go along with it. It shares the same cues up front, but in the rear, introduces a more shapely figure. Let’s hope it ditches the Opel badge and heads stateside as a Buick.

Rolls-Royce is building its first SUV – what a time to be alive! And in doing so, it needs to test said SUV on public roads before it’s ready to show it off to the public. Caught making the rounds in Munich, Germany, this is our first look at the large luxury SUV dubbed the Cullinan.

Out of all the cars to be excited for next year, this might top them all. The revival of the Supra has been more than a decade in coming. Though some early spy shots and video have only teased our tastebuds, an FT-1-inspired design and a hybrid powertrain are more than enough to keep us on the edge of our hypothetical seats.