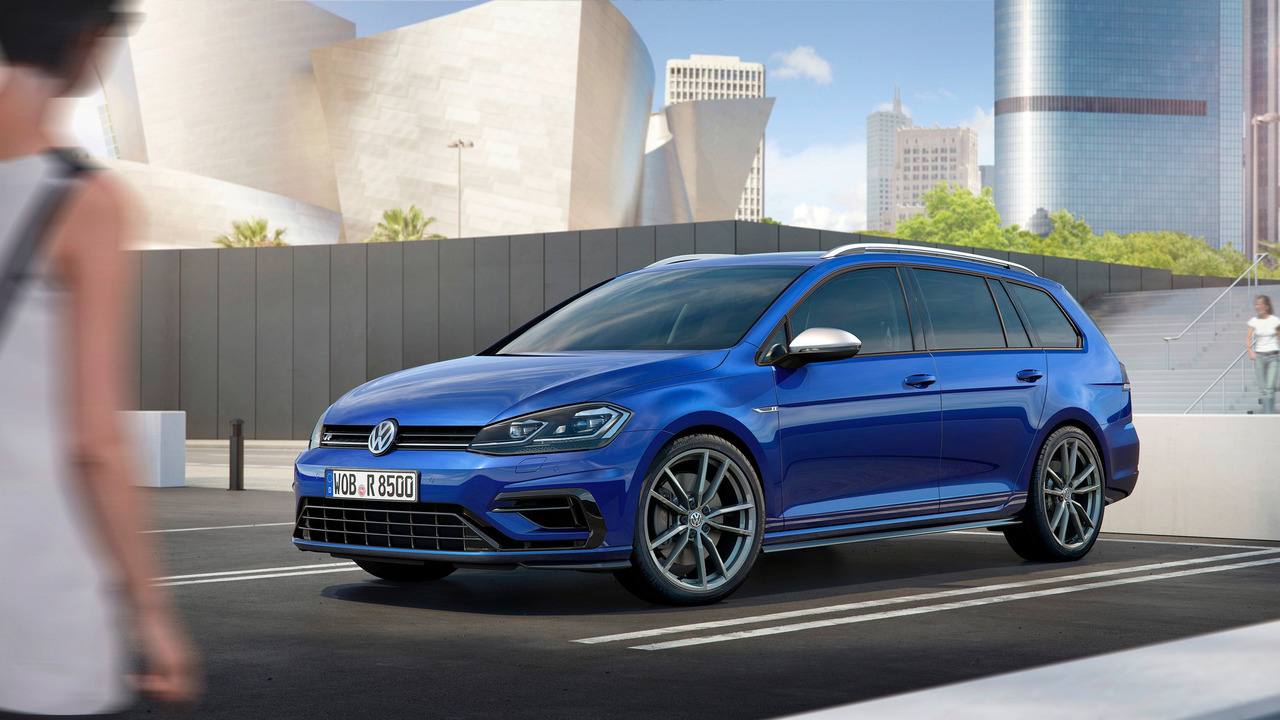 After unveiling the facelifted Volkswagen Golf earlier this year, the German company has now announced official details about the most powerful and the base variants of the car.

Starting with the range-topping Golf R, it gets a small power boost of 10 horsepower (7.4 kilowatts), which brings the total output to 310 hp (231 kW), making the as powerful as the limited-edition Golf GTI Clubsport is. Available as a hatchback and an estate, the most powerful mass production Golf do date also offers a pique torque of 295 pound feet (400 Newton meters), sent to all four wheels through an all-wheel drive. The result is an impressive 0-62 miles per hour (0-100 kilometers per hour) sprint in only 4.6 seconds, making it slightly faster than the BMW 340i xDrive, for example.

Those searching for a more frugal vehicle can opt for the entry-level Golf with 1.0-liter, three-cylinder engine with 85 hp (63 kW). The manufacturer says “the efficient turbocharged direct-injection petrol engine” consumes only 4.8 liters per 100 kilometers (49 miles per gallon). Volkswagen is also launching the Golf 2.0 TDI 4Motion with 150 hp (110 kW).

Both the Golf R and the Golf 1.0 TSI are receiving the improvements introduced with the other Golf variants, including LED taillights and the new Composition Colour infotainment system coming as standard. Higher trim levels can be equipped with a 12.3-inch entirely digital instrument cluster, providing the same features as it does on the larger Passat. There’s also a new top-spec infotainment system, which is hosting a 9.2-inch display with touch- and voice-command operation. The so-called Discover Pro system also offers optional gesture control, making the Golf the first model in its class to be available with this technology.

The Golf R hatchback starts at €40,675 with manual gearbox in Germany, while the automatic version costs at least €44,800. The base Golf 1.0 TSI Trendline wears a starting price of €17,850 – “its price has not risen one cent despite substantially improved features,” Volkswagen says.