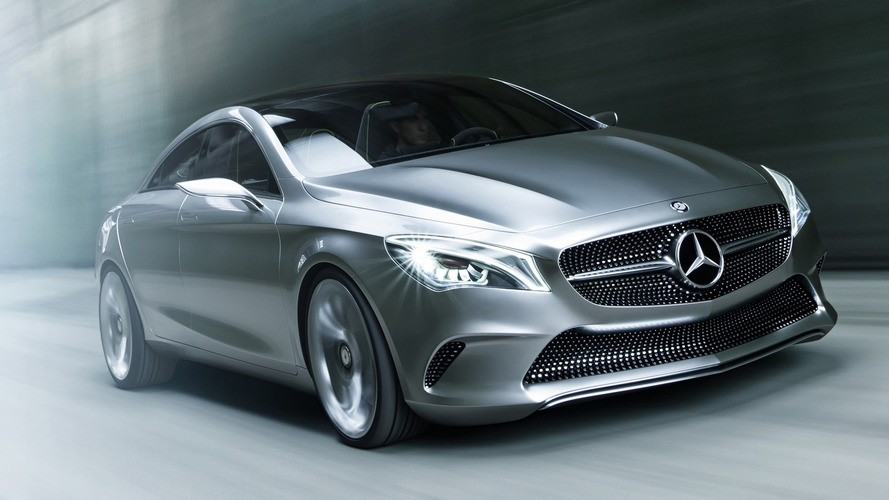 Before you say "but that's what the CLA essentially is," the report mentions it will slot above it.

As if there weren’t enough sedans in Mercedes’ ever-growing portfolio, the company with the three-pointed star logo is allegedly cooking up a new one. Autocar has it on good authority the new entry is going to serve as a direct rival for the Audi A3 Sedan and the new China-only BMW 1 Series Sedan. It will share the updated MFA underpinnings with the next-gen A-Class and will be positioned above the CLA, meaning that it will be bigger and more expensive than the “four-door coupe,” but at the same time it will not step on the C-Class’ toes. That being said, it is believed passenger space and trunk capacity will almost match the C.

The report goes on to specify Mercedes is engineering the new sedan for both RHD and LHD markets and will sell it with a standard front-wheel drive layout along with an optional all-paw 4Matic arrangement. In addition, the yet unnamed sedan will be offered with a long wheelbase for the Chinese market where the company sells (and makes) the C-Class and E-Class L models.

An assortment of three- and four-cylinder turbocharged gasoline and diesel engines are going to be offered, with the range topper being a 2.0-liter with up to 400 horsepower in the A45 4Matic Sedan. A thrifty plug-in hybrid variant that will couple a gasoline engine with an electric motor and a lithium-ion battery will be available and is going to offer a yet unspecified zero-emissions range.

Entry-level versions of the model will be equipped with 1.5-liter diesel and 1.6-liter gasoline units borrowed from the Renault-Nissan alliance, as it’s the case with the current A-Class models, but updated for the new application. Depending on engine choice, the first-ever true A-Class Sedan is going to be available with a six-speed manual transmission and a dual-clutch, nine-speed automatic.

The sedan is expected to arrive towards the end of 2018, following the introduction of the new A-Class hatchback.