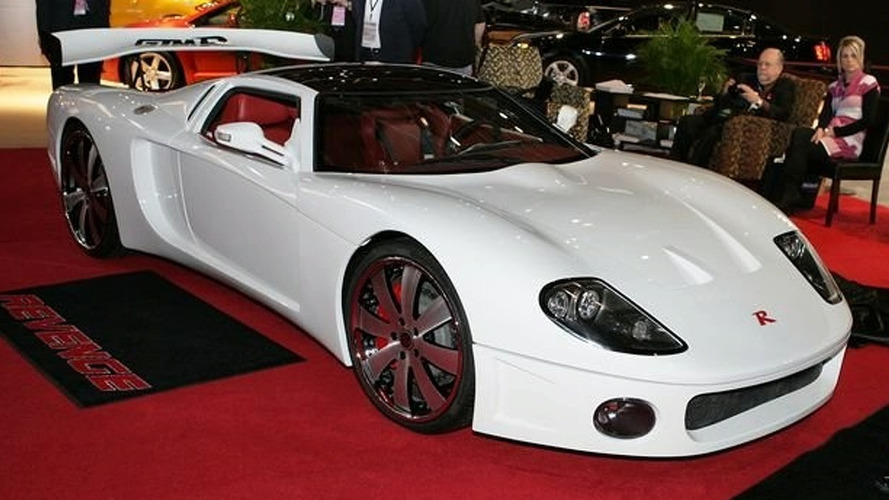 Revenge Designs used the NAIAS in Detroit to debut their new Revenge GTM-R which produces 505 horsepower and 470 ft-lbs of torque.

It starts out life as a kit car from Factory Five Racing called the GTM but since they only build the kits and not a finished product, Revenge Designs decided to get into the business of assembling them in order to market it as a complete car. Seeing the benefits that both companies offered each other, the two have joined forces to develop several new options for the production GTM-R.

Under the hood is Chevy's LS7 V8 engine from the Z06 Corvette which produces 505 horsepower and 470 ft-lbs of torque. Among the other performance goodies are an adjustable suspension with unique Revenge Designs modifications, Pirelli P-Zero Nero tires with 20-inches wheels up front and 22-inch in the rear, six-piston front and four-piston rear brake calipers, and a six point roll cage. While the company decline to release performance figures, it's fairly reasonable to assume a 2550 pound coupe with over 500 horsepower should be pretty quick.

Pricing starts at $145,000 which seems a bit steep when you can buy the kit from Factory Five Racing for around $20,000 but that doesn't include the engine and all the components, not to mention the time and money you have to put into assembling it.