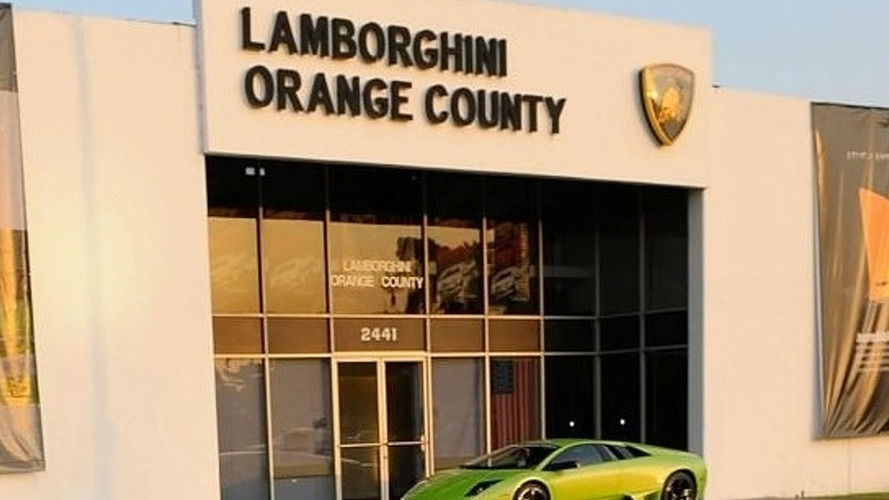 Lamborghini Orange County is accused of stealing $12 million in cash from Volkswagen Credit. The money was used to purchase Lambos at wholesale, which were then sold quickly at a steep discount. Lamborghini O.C. never paid the money back.

A California Lamborghini dealership is being sued by Volkswagen Credit for $12 million. VW accuses Lamborghini Orange County of "outright theft" for selling their heavily discounted supercars without paying back their creditor.

Santa Ana-based Lamborghini O.C. used to be the largest Lambo dealer in the world, selling the expensive, luxurious supercars to Southern California buyers. Apparently, the dealership hit on hard times and needed to raise cash quickly.

The storefront, and its Calabasas, California, affiliate, sold off 54 Lambos in eight days. Only about 675 Lamborghinis were sold in the U.S. in 2008, meaning the O.C. dealer sold eight per-cent of the nation's Lamborghini stock in a week.

In a deal most car sellers have with their affiliate automaker, VW credit covered the purchase of the Raging Bulls in advance of any sales. Despite the fast sales, VW Credit never got their money back from the dealership. Volkswagen is the parent company of Lamborghini.

Lamborghini Orange County was closed without warning back in November. Anyone pulling up to their business at that time would see a vacant lot instead of the typical rows of exotics.

Dealership owner Vik Keuylian, and his sisters Asdghig, Nora, and Sossi, have all been named in the suit. Their attorney declined to comment. They are also being sued by East-West Bank for defaulting on a $3 million loan for the company. Vik Keulian is also being sued in Las Vegas for purchasing a used 2008 Lamborghini Murcielago, but not sending the $340,000 check.