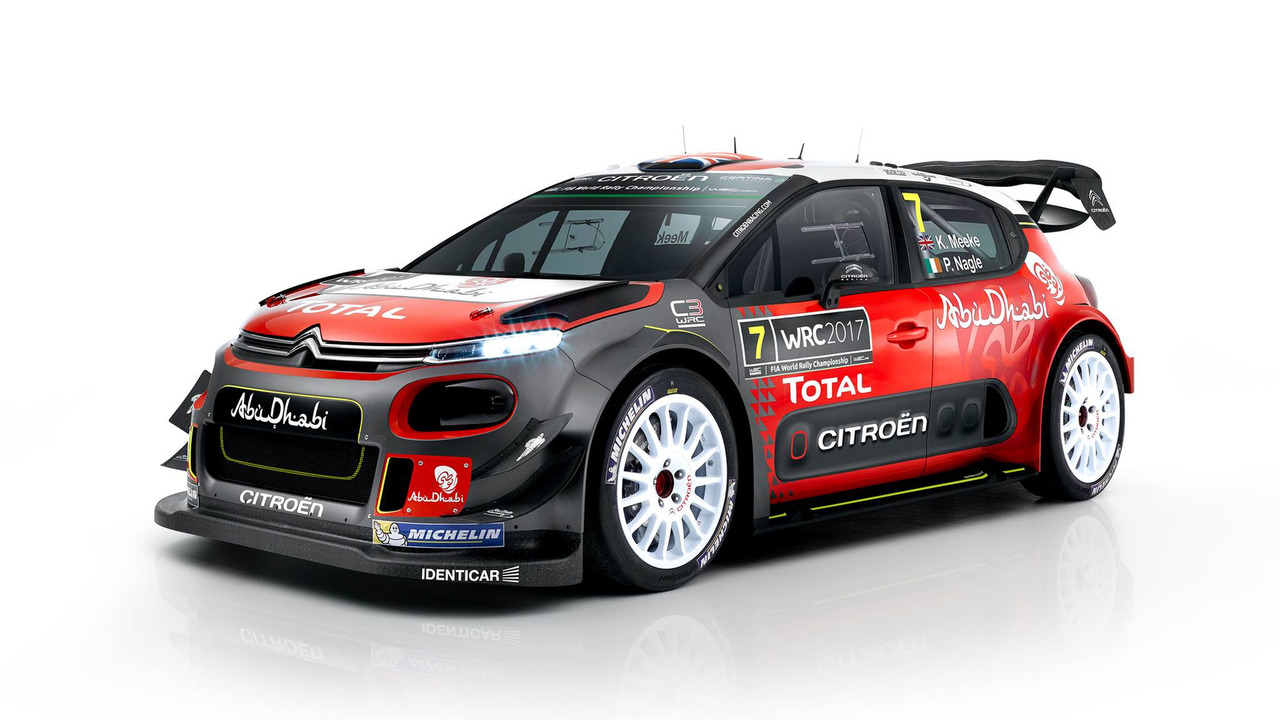 Citroen has taken the wraps off its C3 WRC contender, becoming the fourth and final manufacturer entry in the series to reveal its 2017-spec car.

The French marque unveiled the car that replaces the outgoing DS3 WRC in a launch in Abu Dhabi on Wednesday, featuring a livery carrying the UAE city's branding.

Kris Meeke, Craig Breen and Stephane Lefebvre make up the driving strength for Citroen, which had also been linked to a reunion with Sebastien Ogier following Volkswagen's pull-out before the Frenchman opted to join M-Sport Ford.

The C3 WRC will be pitched against rivals from Hyundai, M-Sport and series returnee Toyota in 2017, Citroen having spent the last season operating a part-time program while developing its new machine and taking wins in Portugal and Finland with Meeke.

It follows Citroen's decision to terminate its successful WTCC programme, which took a sweep of titles from 2014 to 2016, in favour of a renewed assault on the WRC.

Sebastien Loeb was the last Citroen driver to win the WRC title in 2012.

Team boss Yves Matton said: "In 2017 we want to win rallies in normal conditions, by beating our competitors. And then in 2018, our goal is to bring home at least one of the world titles.

"When I read certain comments, I note that a lot of people are expecting the C3 WRC to be fast right from the word go. So we certainly have pressure on our shoulders.

"The team is perhaps not as well-established in this environment as before and we'll need some time to settle back in.

"As ever, we won't be getting carried away. We'll treat this challenge with the respect it deserves."