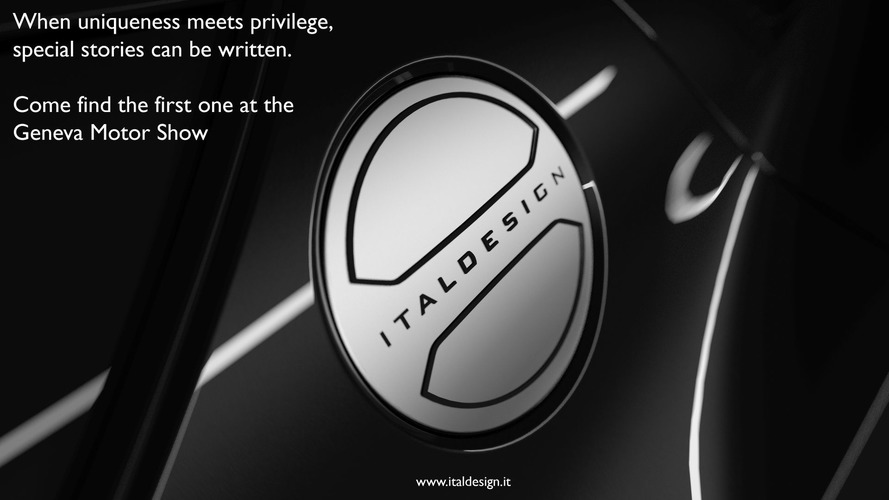 It's interesting to consider and old name like Italdesign trying something new, though.

Italdesign is revealing the first tease of a new concept for the 2017 Geneva Motor Show, but the design house isn't releasing many details about the project at this time. In addition to the small amount of text on the image, the company's message to with the photo simply said, "We are waiting for you to discover our first special story during the Geneva Motor Show 2017."

The company's statement suggests this concept is something completely different for the brand. There hasn't been a lot that Italdesign hasn't done, though. For example, the company already experimented with electricity with the GTZero EV shooting brake concept at the 2016 Geneva Motor Show. For the Swiss event in 2015, the design house imagined the future of autonomous motoring with the GEA Concept that featured a reconfigurable interior for when the vehicle was piloting itself.

A report earlier this year suggested that Italdesign was looking to partner with a well-known tech company like Apple, Google, or even Tesla as a way to reduce its financial dependence on parent Volkswagen Group. The firm currently gets 95 percent of the annual revenue from work for VW’s stable of brands, including building 500-600 prototypes, show cars, and pre-production units a year.

Giorgetto Giugiaro founded Italdesign Giugiaro in 1968 and became famous for its wedge-shaped performance cars like the Lotus Esprit, BMW M1, and DeLorean DMC-12. The firm was also responsible for more accessible vehicles like the original Volkswagen Golf. VW Group bought about 90 percent of the business in 2010, and Giugiaro sold the remaining shares to the automotive giant when he left his namesake company in 2015. Giugiaro and his son are still penning supercars, and they’re currently working on one from the Chinese automaker Techrules.