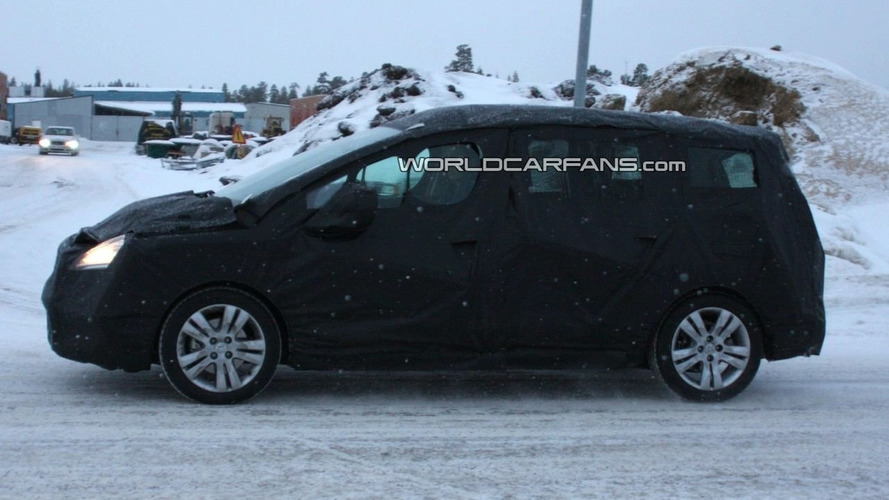 Peugeot's new, seven-seat extended MPV based on the Peugeot 3008 was caught on the road undergoing testing.

Previewed as the Peugeot Prologue Concept back in September at the Paris Motor Show, the new 3008 MPV has been caught testing as a long-wheel-base 7-seater for the first time. Despite being heavily covered up, the bigger 3008 looks very similar in shape to the five-seater.

The five-seat 3008 has been caught completely undisguised before. Most recently, it was spotted about two weeks ago with the photographer getting stills both inside and out.

We would expect the 7-seat version to have similar attributes, like the slanted headlights developed for the 308 RC Z coupe. Engine choices on the smaller 3008 include a 2.0-liter HDi diesel and a turbocharged 1.6-liter. Perhaps the larger MPV would also get an additional, larger engine choice.

The 3008 will compete directly against the Renault Grand Scénic. With a media reveal expected any day now for the 5-seater 3008, the long-wheel-base 7-seater 3008 won't be shown until later in the year, most likely for Frankfurt.