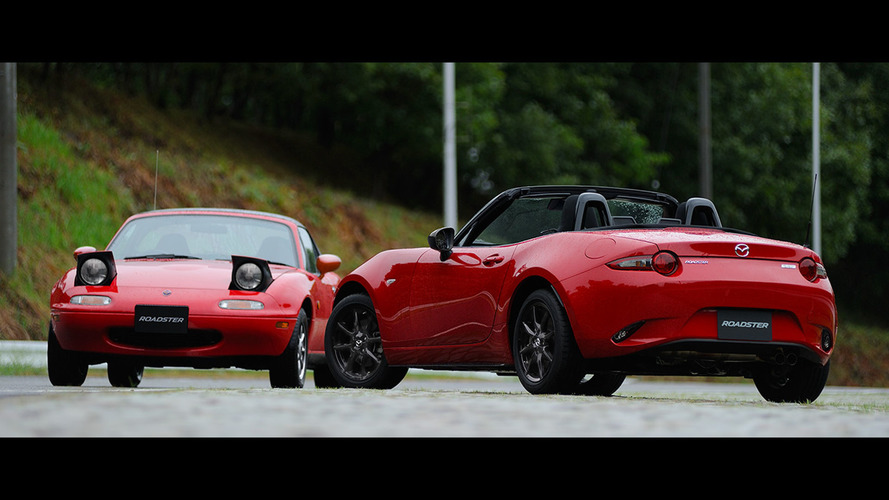 The company also unveils Custom Style body kits for many of its models.

Mazda is the latest Japanese automaker to unveil its lineup for the Tokyo Auto Salon that starts January 13. While the brand doesn’t go quite as wild as its rivals at Toyota or Honda, there’s a vintage-inspired MX-5 Miata among the firm’s debuts that really catches our eye.

Mazda mixes retro and modern by taking the latest Miata and painting it Classic Red – the same shade of crimson available on the first two generations of the popular roadster. The change is subtle, especially because Mazda’s team doesn’t make any big alterations to the body kit, but this is a fun way to reference the past of the without going too far. A set of wheels that took inspiration from the originals would have been a neat way to take this aesthetic further.

Mazda is also bringing mildly upgraded Custom Style versions of the CX-3, CX-5, Miata RF, and Demio. The models feature sporty body kits and lower suspensions that make them look more aggressive without being cartoonish. In a rather odd touch, the CX-3, CX-5, and Demio have deodorizing floor mats among their interior tweaks.

While exploring the Tokyo Auto Salon at the Makuhari Messe International Exhibition Hall, visitors will also be able to attend lectures with the development staff and designers behind the new Miata RF. The company will also host discussions about the latest CX-5 and the MX-5 Global Cup.

A little over 500 Miata RF’s already arrived to lucky customers in the United States and Canada after Mazda shifted production to bring a shipment there two months early. The RF uses the same 155-horsepower, 2.0-liter four-cylinder engine as the softtop Miata, and there’s a choice of a six-speed manual or six-speed automatic. The company is offering a limited run of 1,000 Launch Edition versions that get an exclusive combination of Machine Gray exterior paint, a black roof, and auburn Nappa leather upholstery.