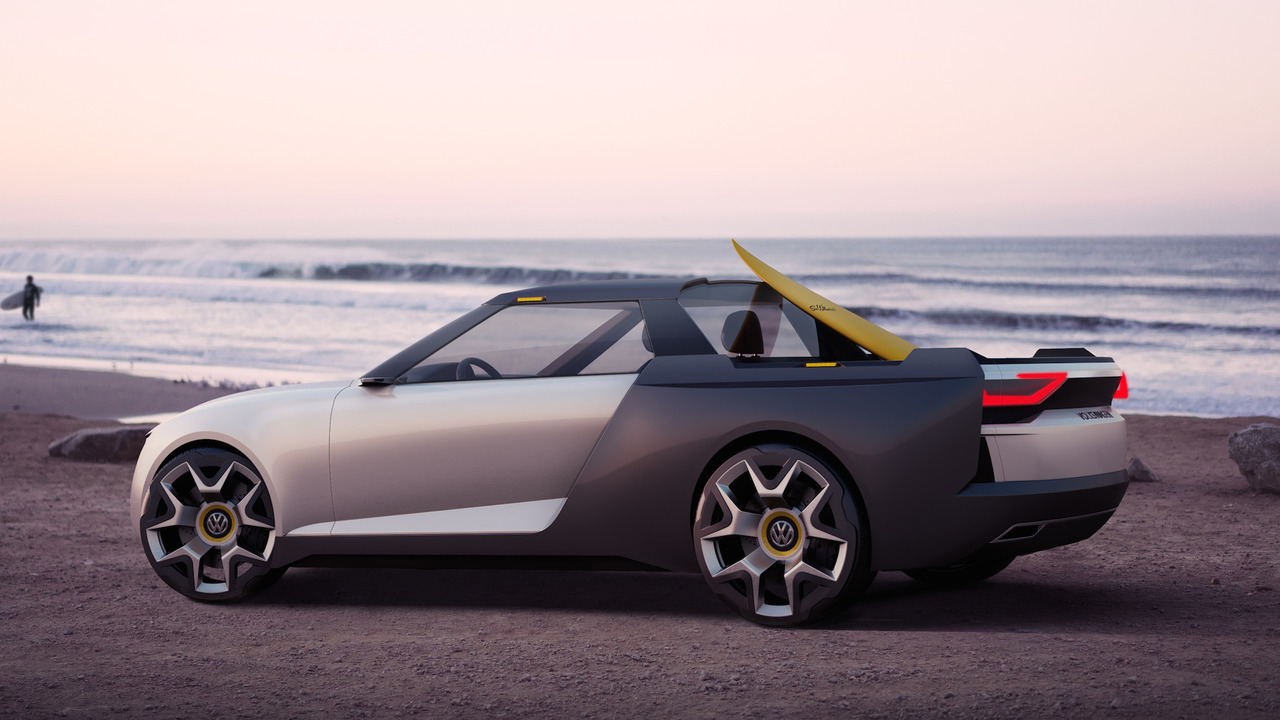 It's the ultimate utility vehicle.

Designers of the new VW Atlas have been critical of the SUV’s look since day one. A member of the team responsible said that it was "boring," and that it could be a "2012 Ford whatever." So maybe what the German automaker needs now is a design revolution. Maybe this concept could be the starting point.

Created by French students Valentin Fuchs (responsible for the exterior design) and Pierre Joveneaux (responsible for the 3D modeling) while interning at VW, the Varok is a proposed take on the ute that can be transformed from pickup to shooting brake, and back again. It’s the ultimate everyday utility vehicle.

"The goal of this project was to imagine how Volkswagen could enter in the Australian market with a ute vehicle (low and powerful pickup)," said Valentin.

Cars like the Vauxhall Maloo and Volvo V90 were cited as inspiration for the project, combining the signature components of each onto a single vehicle. When fixed with the Volvo-esque rear, the Varok is capable of hauling five passengers and a few suitcases in comfort and convenience.

Disassemble the stern, and the Varok configures to include a utilitarian truck bed. Though small, the designers say it would be capable of hauling three passengers in the cabin, and maybe a small dirt bike and a surfboard or two in the bed.

Though the Varok may be just a concept, it’s such a crazy idea that it might actually work within the current lineup. While the automaker continues its restructuring with SUVs like the Atlas and cars like the Arteon, a bit of excitement could potentially bring back lost customers.