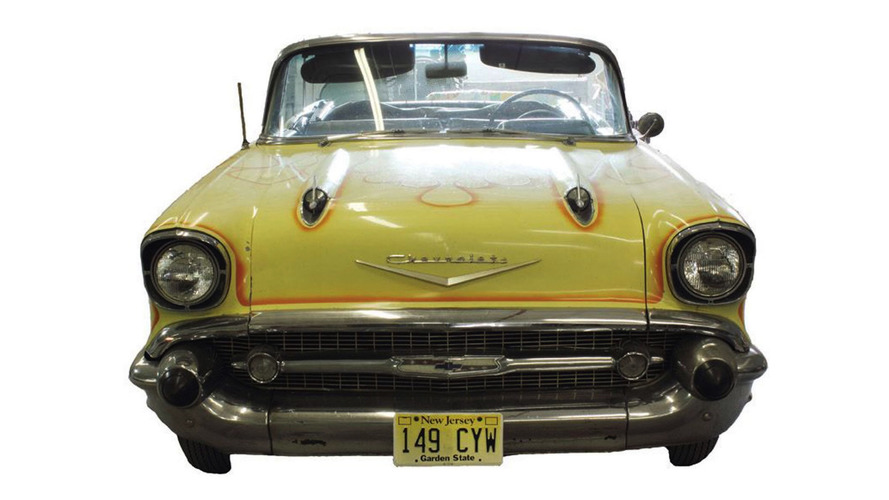 This thing was born to run.

Before his hit "Born in the U.S.A" became an American phenomena, it was the 1975 album Born to Run that would put the name Bruce Springsteen on the map. In the lead up to that initial success, Springsteen would pay $2,000 for a baby blue 1957 Chevrolet Bel Air. Eventually that baby blue would turn into a golden yellow with flames on the hood and become an iconic piece of rock & roll history.

He would only own the car for two years – having changed hands a number of times since then. Unfortunately, anyone looking to pick up the classic today would have to pay considerably more than the original $2,000 asking price. It recently sold in an eBay auction for $350,000, according to Car and Driver.

Purchased in 2006 by its most previous owner, Michael Crane, it was a stroke of luck that would land him in possession of the iconic Chevy. It broke down in his driveway in Long Branch, New Jersey, and before local police were able to tow it away because of a gas leak, Crane purchased the car and set about restoring it.

Just a year later, and the car was back in working condition. It would be used sparingly for trips down to the Jersey Shore, and was even loaned for a short time to the Rock & Roll Hall of Fame for Springsteen-related exhibits in Cleveland and New York.

The ’57 Chevy made a number of appearances in Springsteen’s music before the success of "Born in the U.S.A." It would be featured in songs like "Racing in the Street," and on the album Darkness on the Edge of Town. He’s even said to have written three of his most popular songs, "Born to Run," "Thunder Road," and "Backstreets," while in the passenger seat.

Source: eBay via Car and Driver