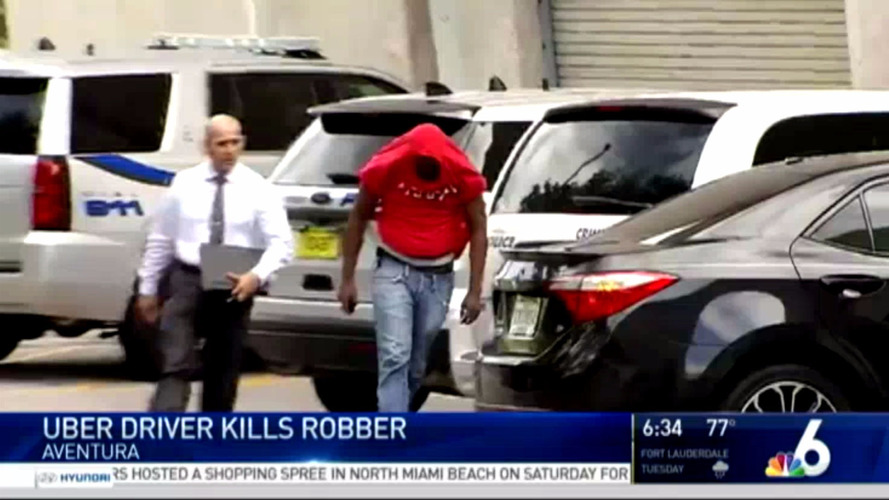 In just the last few days, Uber drivers have shot a would-be robber and stabbed a passenger, in separate incidents in Florida and Michigan.

It has been an eventful few days in Uber-world, a Florida driver shooting dead a would-be robber and a Michigan driver stabbing his passenger for “disrespecting” his car.

In the early hours of Saturday morning, 23-year-old Uber driver Jacob Allemon was arrested after stabbing his passenger five times.

Allemon drove the couple about a mile down the road to a shopping center parking lot, where he ordered them to get out. The victim ask that they be allowed to wait until another ride arrived. An “altercation” ensued, during which Allemon stabbed the victim.

The victim suffered wounds to his chest, back, and face, but was able to disarm Allemon by the time police arrived. He was treated at a local hospital and released the following day.

Allemon was arrested and charged with assault with intent to do great bodily harm less than murder. He was arraigned on Sunday and is due to appear in court again later this month.

Uber said Allemon has already been banned from the app. “What has been described here is appalling,” a spokeswoman said. But she said the company would not release Allemon’s rating for privacy reasons.

Less than 24 hours later, a driver had just picked up a fare in Aventura, Florida when he was cut off by a Dodge Caravan. According to the as-yet-unnamed driver, one man got out of the Caravan brandishing two firearms which he pointed at the driver while demanding that items be handed over. The driver reached for his own gun, and shot and killed the robber.

Though the driver has a license to carry a gun, Uber specifically prohibits drivers from doing so, even in states that allow them to. But the rule is impossible to police, given the decentralized way in which Uber operates.

Florida police have said the driver is unlikely to face charges as he acted in self-defense. Uber has not said if he will face any punishment for breaching its no guns rules.

Earlier this year, another Michigan-based Uber driver, Jason Dalton, shot and killed six people in random attacks, as he worked.

There has been no indication from Uber as to whether or not these incidents will prompt them to tighten security screenings of its drivers.