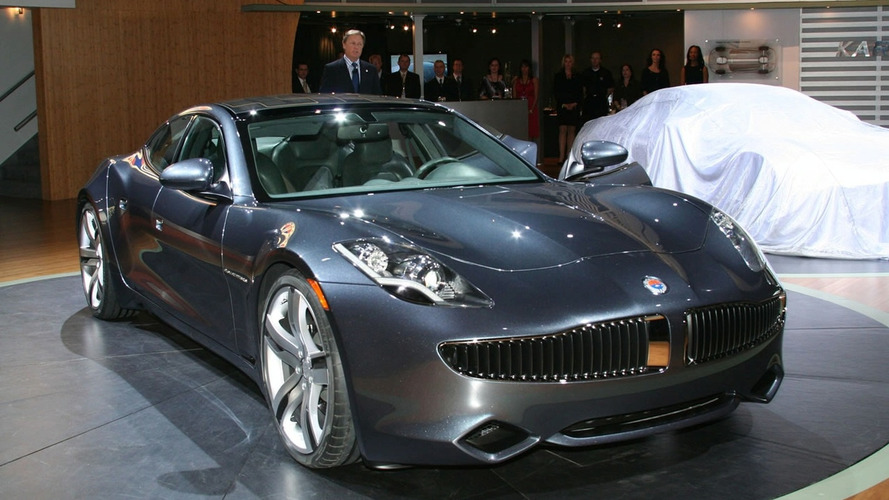 Luxury plug-in hybrid sports sedan can do 100 miles per gallon. The Karma features two 210 hp electric motors on the rear axle and a range of 50 miles solely on electric power. Range is extended to 300 miles with a 2.0 liter Ecotec engine.

Luxury plug-in hybrid the Fisker Karma has been unveiled at the Detroit auto show.

The Karma, a four-door, four-seat luxury sports sedan, comes to us courtesy of Fisker Automotive, which touts itself as an "American manufacturer of premium green automobiles." The Karma is an extended-range plug-in hybrid, which means it runs solely on electric power but includes a gasoline engine as a generator. Fisker claims a stunning 100 mpg (or 2.35 liter per 100 km) mileage for the Karma.

The technology is called Q-DRIVE and was developed by Quantum Technologies exclusively for Fisker. It features two 210 hp electric motors on the rear axle powered by a lithium-ion battery. A 2.0 liter, turbo-charged 4-cylinder direct-injection Ecotec with 260 hp acts as a generator to resupply power to the battery for extended-range capabilities. The Karma can run up to 50 miles (80 km) on electric power alone and can be recharged from any electrical outlet. With the gasoline engine, the Karma's range is upped to 300 miles (480 km).

Construction of the Karma will be done by Finnish firm Valmet Automotive for Fisker. Fisker Automotive says about 1,000 Karmas have already been pre-ordered by customers.

The Fisker Karma will sell for 87,900 US retail but the price tag is reduced to 80,400 dollars after US government tax credits are factored in.

Fisker is currently assembling retail partners which is plans to announce in the coming months.  First deliveries are expected to start in the fourth quarter of 2009.