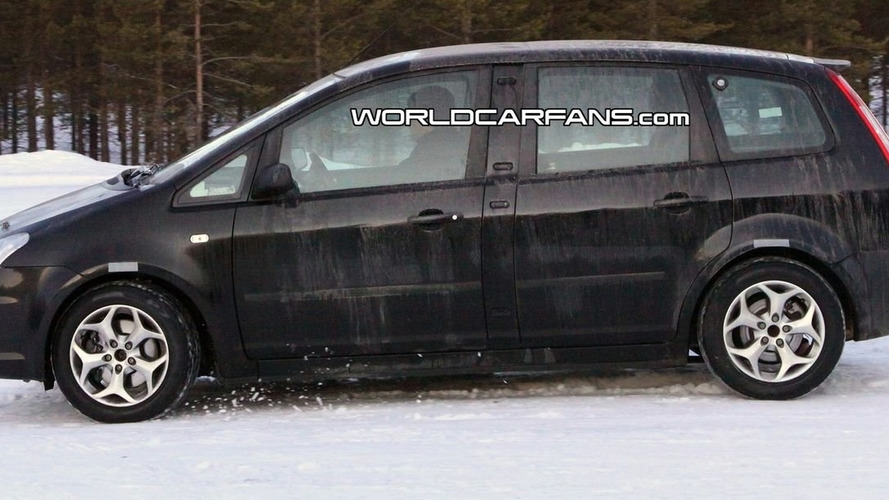 Next Ford C-Max will be longer or may be set to offer an extended seven-seat version alongside the standard five-seater. Rumors abound that Ford may be planning to bring a seven-seat C-Max to the North American market.

Here is one of the earliest looks at the next generation C-Max from Ford, seen here trudging through the snow, probably somewhere in Scandinavia.

Have a closer look at the extending column between the front and rear doors. It tells us that the C-Max will be longer by about 10 centimeters. Or, at least, there will be an extended version which may seat seven instead of five. Rumors abound that Ford may be planning a seven-seater version of the C-Max for the North American market, likely to come with a 4-cylinder EcoBoost engine.

Design-wise there is nothing to be learned about the next C-Max here, as this is a mule, but if Ford tries to borrow a little of the styling magic of the S-Max, it may just work on this smaller model as the S-Max has been a great success not only in looks but in performance and practicality too.