Tampa Bay Ray’s third baseman Evan Longoria has taken home a Rookie of the Year Award, an American League Silver Slugger Award, and a Gold Glove Award – twice – since his major league debut in 2008. One can only assume that all his success on the field would translate into some pretty fun toys off the field.

In January, he’ll be parting ways with one of his most beloved playthings – the ‘Machstang.’ The eye-catching Ford Mustang restomod will hit the auction block as part of Mecum's 2017 Kissimmee sale, and it’s bound to be a home run for the super slugger (puns!).

But this is no ordinary Mustang. With over 2,600 man hours spent on the build, the 1971 Mach 1 custom features a supercharged 502 big block Chevy V8 good for 725 horsepower (540 kilowatts). All that power is funneled through a six-speed manual gearbox ripped off a Corvette, and meets the tarmac courtesy of some 12-inch-wide rear tires, and 9.5-inch fronts. 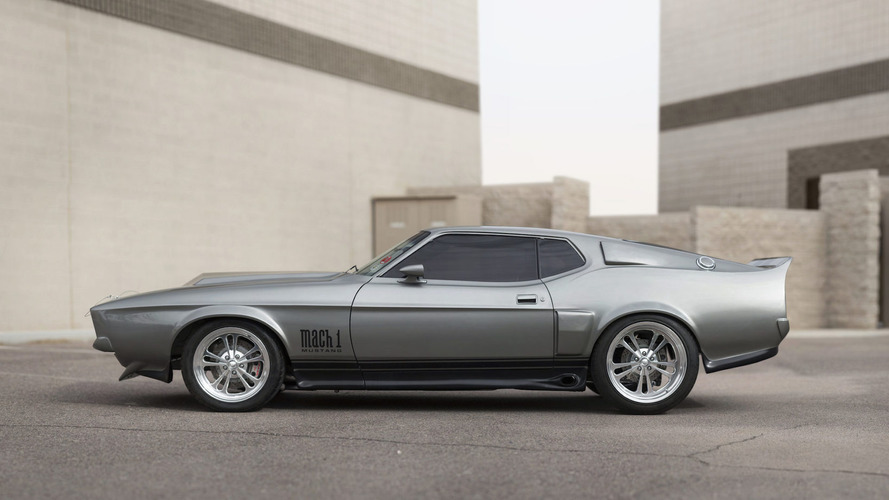 In place of the ancient leaf springs and rack-and-pinion steering is the four-link coil over suspension off a Mustang II. Some lightweight modeled plastic front and rear bumpers replace the factory steel units, making the whole package a bit lighter, and a 700-watt Alpine audio system ensures you can hear the sound of the radio over the roar of the engine.

The interior of the car, meanwhile, features a set of Sparco Italian leather racing seats with five-point safety harnesses and a Momo leather-wrapped steering wheel. There’s even a 10-point roll cage connected to the frame to ensure safety on road and on track.

Given its lineage, performance credentials, and previous ownership, Mecum estimates that this one-of-a-kind pony car could go for anywhere between $95,000 to $125,000 – if not more.