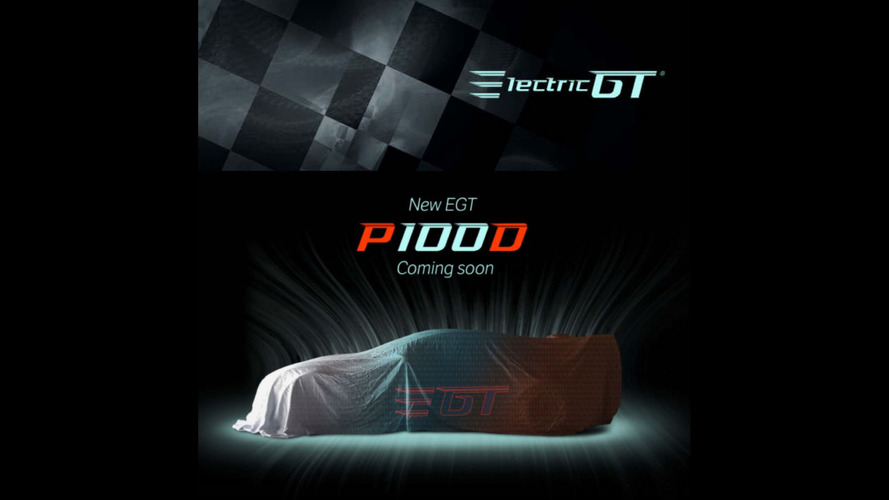 The Teslas will take to the track beginning in 2017.

Back in September, it was announced that the Tesla Model S would have its own one-make racing series known as the Electric GT (or EGT). Each team would field a Model S P85+, and the cars would feature a number of enhancements to to the suspension, wheels, and aerodynamics.

But before the EGT has even had time to take to the track, it looks like its owners are introducing even more to the already-busy program. Seen in a lone teaser image here, the P100D will be introduced as part of the EGT’s V2.0 series, which will slot about the standard EGT series.

"The Electric GT V2.0 design is the fastest way towards the ‘Age of Light,' said CEO Mark Gemmel. "I am very excited to be using the Tesla Model S P100D as it is incredibly quick and innovative. This week we opened the subscription period for teams and the new car announcement is an exciting prospect for those who want to join us."

Both series’ will use the same format. Weekends will consist of a 20-minute practice session, a 20-minute qualifying session, a day race (60 kilometers / 37 miles), and a dusk race (60 km / 37 miles). Together with the race itself will be a host of "innovation and sustainability" events in and around the circuit.

The Electric GT and new Electric GT V2.0 will kick off their inaugural races in 2017. The series will headline at various tracks around the world and feature a total of ten international teams, comprised of 20 professional drivers will make up the field.