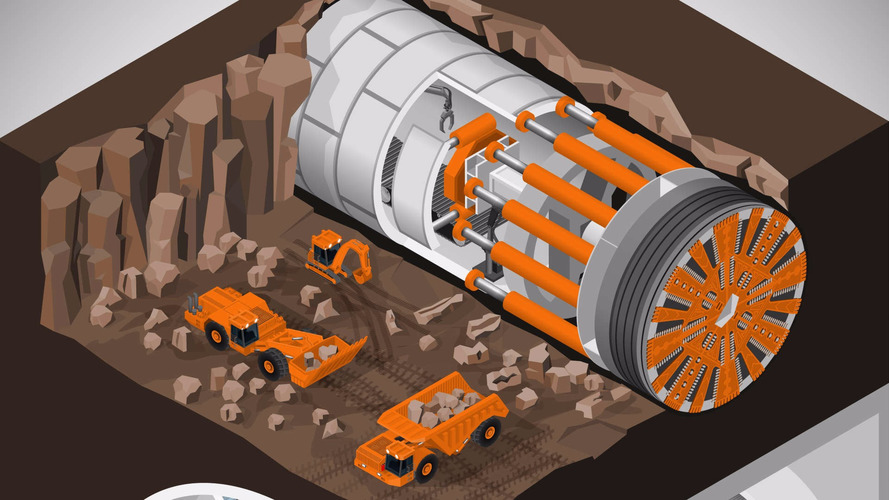 He thinks tunnels are the answer to reducing city traffic and his new venture, 'The Boring Company', will provide them.

In case he wasn’t busy enough with Tesla, SpaceX, the Hyperloop, and President-elect Donald Trump’s Strategic and Policy Forum, Elon Musk has had another idea: tunnels.

I’m sure we’ve all had similar thoughts, but the difference with Musk is that he actually has the resources to follow through. A few hours later he tweeted again, saying:

According to Electrek, he even has a name and punning tagline for the operation already: “The Boring Company - Boring, it’s what we do.”

Musk has brought up tunnels before. Speaking at the SpaceX Hyperloop design competition in January he said: “It’s a really simple and obvious idea and I wish more people would do it: build more tunnels. Tunnels are great. It’s just a hole in the ground, it’s not that hard. But if you have tunnels in cities you would massively alleviate congestion and you could have tunnels at all different levels - you could probably have 30 layers of tunnels and completely fix the congestion problem in high-density cities. So I strongly recommend tunnels.”

He oversimplifies the challenges involved somewhat. And geologists might have something to say about the “30 layers of tunnels” bit, especially in geologically active areas like Los Angeles. Still, Musk has a habit making things sound easier than they are, and then making them look easier than you expect.

The tuning boring machine (TBM) of which Musk speaks - which simultaneously digs, clears, and lines the hole - has been widely used for decades. It’s difficult to see how Musk could improve the TBM design, but he’s bound to uncover some brilliant young designer with an idea that will revolutionize the entire industry.

There could be applications for Musk's TBM in the Hyperloop system and his proposed colony on Mars, as well. But whether or not there is any enthusiasm to start building new road tunnels under cities, however obvious the benefits may be, remains to be seen. However you slice it, tunnelling under a modern city with utilities, sewers, subways, and basements is extremely difficult, massively disruptive, and gigantically expensive.

But if anyone can make it happen, it's Elon Musk, right?