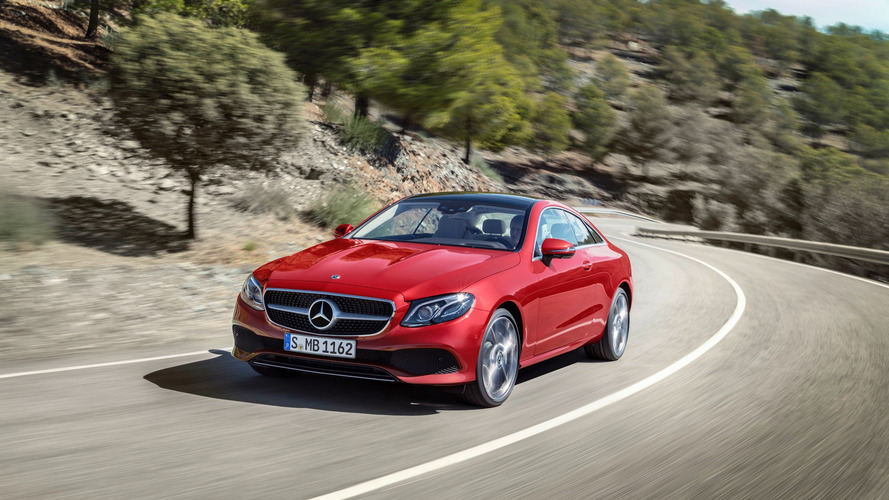 In Germany, at least, with deliveries due to start next March.

Good news if you live in Germany and fancy cruising round in the new Mercedes E-Class Coupe: you can pop down to your local dealer right now and snap one up for €41,220 ($42,980) - plus taxes. Deliveries are due to start in March of next of year.

Anyone wanting to change gear themselves will be out of luck as all models come with a nine-speed automatic gearbox as standard. The E400 gets 4Matic four-wheel-drive as standard, while the rest are rear-wheel-drive only.

For now, the only model available in the U.S. is the E300, with or without 4Matic. A more powerful diesel is sure to be added to the European range at some point, as is some sort of AMG-fettled model. There has been speculation that it will be a full-fat, V8-engined AMG E63. However, the previous generation E Coupe was never available as such and the strong suspicion is that AMG is actually working on an E50 model, powered by a high-output V6 linked to a mild-hybrid system.

The styling of the E Coupe mates a sportified E sedan front end with a rear that looks exactly like a smaller version of that of the S-Class Coupe. Or a bigger version of that on the C-Class Coupe. The dashboard is carried over directly from the four-door E, as well, so the Coupe is available with the same, gigantic range of gadgets and driver aids.