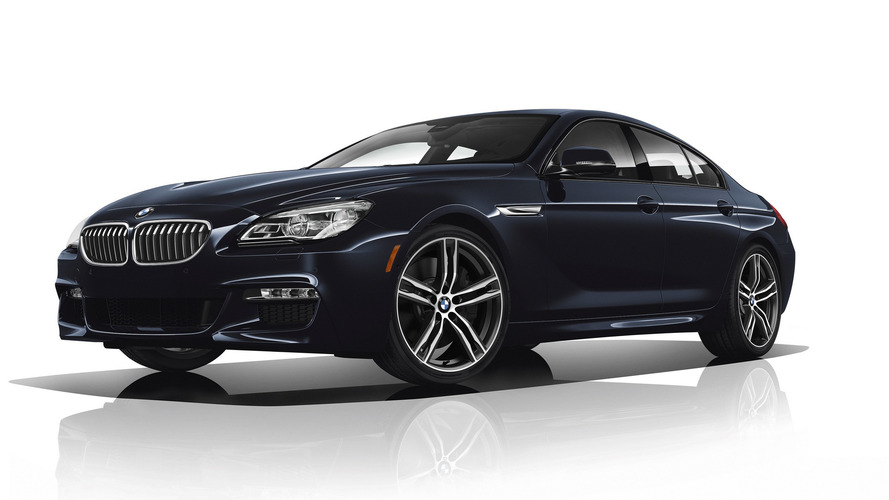 The third-generation BMW 6 Series has been around since 2011 in coupe and convertible body styles, but to this day these two are still among the prettiest models in in the premium midsize segment. The same thing can be said about the sleek four-door Gran Coupe introduced about a year later and still going strong in the present.

BMW USA is giving the entire 6 Series family a mild update for the 2018 model year by extending the M Sport Package offerings, now including a new set of 20-inch M bi-color wheels featuring a double-spoke design and wrapped in staggered run flat tires. Also part of the M Sport Package is a carbon fiber interior trim, which up until now was reserved for the fully-fledged M model.

Rounding off the list of novelties is a new exterior paint called “Sonic Speed Blue metallic” to further spice things up. If the new shade and the others are not to your liking, there’s always the option of accessing the BMW Individual catalog offering a plethora of customizations, from numerous body paints and high-end leather upholsteries to a wide array of equipment and even different finishes for the headliner.

BMW says it will have the 2018 6 Series lineup at its dealership network across the U.S. from next spring, with pricing to be announced closer to the market launch.

There aren’t any changes mechanical changes, so all three body styles are going to soldier on in 640i and 640i xDrive flavors with a turbocharged inline-six 3.0-liter engine delivering 315 horsepower to the rear wheels or to both axles, respectively. Should that not be enough, the 6 Series trio will also be sold in beefier 650i and 650i xDrive guises with a meatier 4.4-liter V8 generating a healthy 445 hp.

Looking ahead, prototypes of the next-gen 6 Series have been caught undergoing testing on public roads, which likely means an official reveal is slated to occur either by the end of next year or early 2018. The family is expected to grow taking into account the rumor mill indicates the next 5 Series Gran Turismo will be promoted to the 6 Series lineup.

New Equipment Offerings for the MY18 BMW 6 Series.

Now including new options, the M Sport Package emphasizes the look and feel of the BMW 6 Series and its sporty character. Previously reserved for the M model only, customers can now order a new Carbon Fiber trim and new bi-color 20-inch M light-alloy wheels which feature an M-specific double-spoke design and are fitted with staggered run flat tires as part of the M Sport Package. For the first time available is Sonic Speed Blue metallic which allows customers the unique opportunity to personalize and distinguish their 2018 BMW 6 Series.

Customers seeking to bring an extra dose of focused individualization to their car can take advantage of BMW Individual. A simple thought inspired BMW Individual—the freedom to customize your BMW down to the finest detail. There are a wide variety of brilliant paint finishes, high quality leather, sophisticated trims, headliners and equipment to choose from. And every detail is a result of top-class workmanship to make your choices truly unique BMW, exclusively customized to each individual. The M Sport package configurations available to both model variants provide them with a bespoke dynamic profile –and customization to their exterior appearance, cockpit design and driving characteristics.