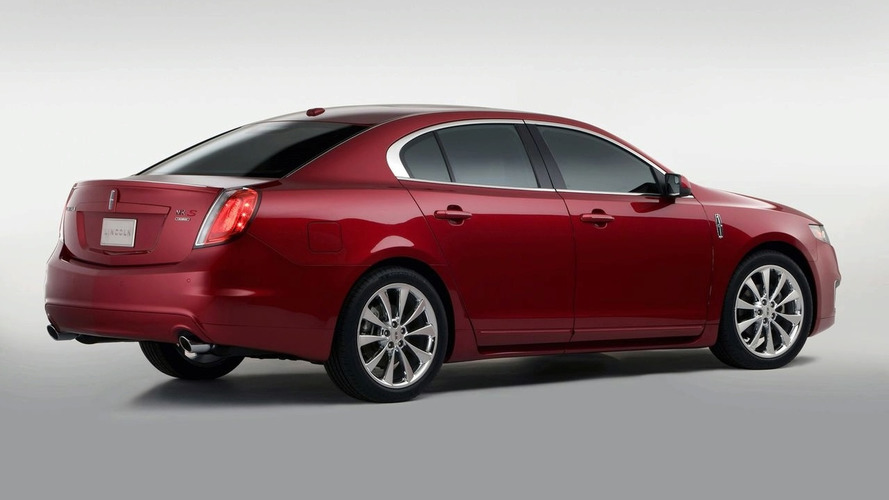 Lincoln MKS will get new, fuel-efficient V6 Ford engine. The MKS will come with Ford's new 3.5 liter V6 EcoBoost, which offers the power of a V8 engine while being more fuel-efficient than a standard V6.

It may say something about the state of automotive technology in North America that Ford is touting direct-injection technology only now when such technologies have been available for years in Europe.

In any case, Ford will be proudly placing its new V6 EcoBoost under the hood of premium brand Lincoln's MKS. The twin-turbo, direct-injection V6 does indeed offer the power of a naturally aspirated V8. With 355 hp and 350 lb-ft of torque (474 Nm), the V6 EcoBoost is more than comparable to Ford's 4.6 liter V8 by offering increased efficiency and equitable power.

Ford has labeled its turbo-charged, direct-injection technology EcoBoost (there is a 4-cylinder EcoBoost coming too) and it promises that by 2013 about 90 percent of Ford's North American lineup will come with the technology.

The Lincoln MKS, launched last summer, will feature the EcoBoost in its 2010 model. The V6 EcoBoost offers mileage numbers of 16 mpg city and 25 mpg highway on the all-wheel drive MKS, a full-sized luxury sedan.

The 2010 MKS goes on sale this summer in North America.