Will the 2018 Skoda Yeti look like a mini Kodiaq? 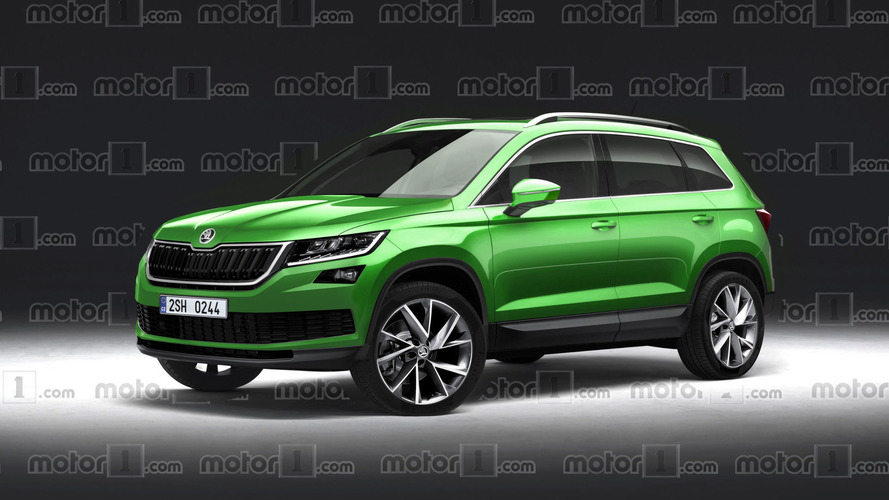 The smaller bear in Skoda's range is about to go through some major changes for its second generation.

Skoda joined the crossover party back in 2009 with the Yeti, a rather quirky compact model that has been a steady (but not stellar) seller for the company ever since. A mid-cycle facelift was introduced towards the end of 2013 and now VW’s Czech brand is putting the finishing touches on a second generation. You will probably be happy to hear the outgoing model’s boxy styling will not be abandoned entirely, according to Skoda’s design boss Jozef Kaban in a recent interview with Autocar.

He went on to specify the all-new Yeti will take cues from the larger Kodiaq, which is why for this Friday’s render our colleagues from OmniAuto have envisioned the 2018 Yeti like a smaller Kodiaq. The man in charge with Skoda’s design has said the new Yeti “will look up to its bigger brother,” but at the same time that it will not be “cut from the same cloth.”

The biggest question is whether the Kodiaq’s unusual headlight layout will be carried over, or if the Yeti will receive a conventional setup like the current version. As a side note, the pre-facelift Yeti raised a few eyebrows with its double headlight design when it came out, although some were disappointed when the facelift brought a regular setup.

A test mule of the next-gen Yeti was spotted earlier this year, but it was nothing more the a partially camouflaged VW Tiguan with Skoda's badge and grille, so nothing to report on that.

The all-new Yeti is expected to grow a little bit in size, but at the same time it’s going to shed a considerable amount of weight by making the switch to the MQB platform. The increase in size will pay dividends in terms of cabin space, particularly for passengers sitting in the back. A boost in the trunk’s cargo capacity is also expected to make it a practical car, as most Skodas are.

Since it will be a crossover underpinned by the MQB hardware, it means the 2018 Skoda Yeti will use an assortment of turbocharged four-cylinder TDI and TSI engines shared with the aforementioned Tiguan as well as the SEAT Ateca. The weaker ones are going to be installed in front-wheel-drive-only models, while the stronger units will be optionally hooked up to an AWD setup through a dual-clutch gearbox.

Expect to see the overhauled Yeti in the second half of next year, quite possibly at the Frankfurt Motor Show in September. Sales should begin either by the end of the year or early 2018.