GM will build and test autonomous Bolts in Michigan 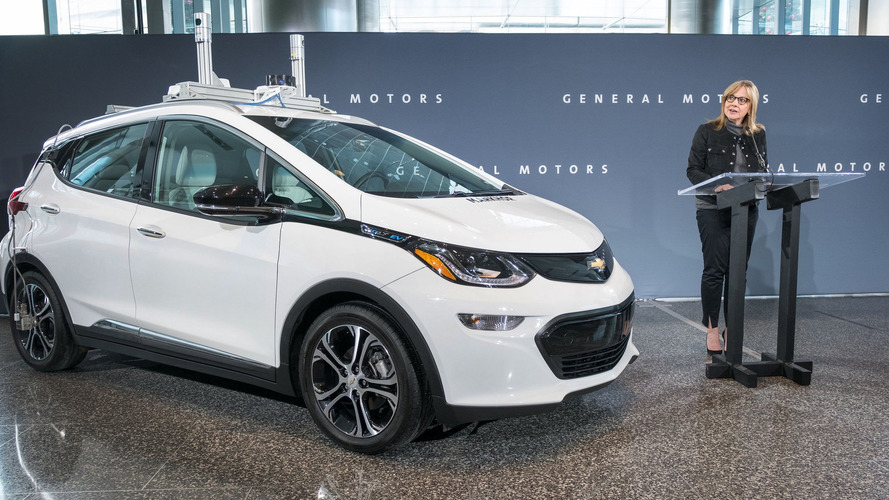 Production will begin early next year at the Orion Township assembly plant.

Chevy kicked off assembly of Bolt customer cars in the first half of November and delivered the first units earlier this week in California. General Motors through the voice of its Chairman and CEO Mary Barra has revealed the same factory in Orion Township, Michigan where the standard Bolt comes to life is going to be in charge of putting together the autonomous test cars starting early 2017.

The announcement comes almost a year after GM’s decision to form a dedicated autonomous vehicle engineering team and make a $500-million investment in ride-sharing service Lyft in a bid to create a network of on-demand autonomous vehicles. To speed up development, GM bought Cruise Automation for $1 billion back in March and in June started testing autonomous Bolt EVs on the public roads of San Francisco and Scottsdale where it already has more than 40 autonomous vehicles.

In addition, GM is also running a series of tests at its Technical Center campus in Warren, Michigan and will soon expand onto public roads on the facility’s outskirts now that the SAVE Act legislation has been signed. In just a few months, testing is going to be expanded to metro Detroit set to become the company’s main area for developing autonomous driving technologies in winter climates.

These Bolt EVs will be equipped with LIDAR, cameras, sensors and other hardware as well as with the suitable software to perfect the technology and make autonomous driving more feasible.

“Revolutionizing transportation for our customers while improving safety on roads is the goal of our autonomous vehicle technology, and today’s announcement gets us one step closer to making this vision a reality.”

On the heels of the signing of the SAVE Act legislation to support autonomous vehicle testing and deployment in Michigan, General Motors will immediately begin testing autonomous vehicles on public roads. GM also announced it will produce the next generation of its autonomous test vehicles at its Orion Township assembly plant beginning in early 2017.

“Revolutionizing transportation for our customers while improving safety on roads is the goal of our autonomous vehicle technology, and today’s announcement gets us one step closer to making this vision a reality,” said General Motors Chairman and CEO Mary Barra. “Our autonomous technology will be reliable and safe, as customers have come to expect from any of our vehicles.”

Testing is already underway on GM’s Technical Center campus in Warren, Michigan, and with the passage of the SAVE Act legislation will now expand to public roads on the facility’s outskirts. Within the next few months, testing will expand to metro Detroit, which will become GM’s main location for development of autonomous technology in winter climates.

The test fleet vehicles will be used by GM engineers for continued testing and validation of GM’s autonomous technology already underway on public roads in San Francisco and Scottsdale, Arizona, as well as part of the Michigan testing fleet.

Since the beginning of 2016, GM has taken significant steps in its development of autonomous vehicle technology.

In January, the company announced the formation of a dedicated autonomous vehicle engineering team and a $500 million investment in Lyft to develop an integrated network of on-demand autonomous vehicles in the U.S. In March, the company announced the acquisition of Cruise Automation to provide deep software talent and rapid development expertise to help speed development.

In June, GM began testing autonomous Chevrolet Bolt EVs on the public roads in San Francisco and Scottsdale. The company has more than 40 autonomous vehicles testing in the two cities.

General Motors Co. (NYSE: GM, TSX: GMM) and its partners produce vehicles in 30 countries, and the company has leadership positions in the world's largest and fastest-growing automotive markets. GM, its subsidiaries and joint venture entities sell vehicles under the Chevrolet, Cadillac, Baojun, Buick, GMC, Holden, Jiefang, Opel, Vauxhall and Wuling brands. More information on the company and its subsidiaries, including OnStar, a global leader in vehicle safety, security and information services, can be found at http://www.gm.com.